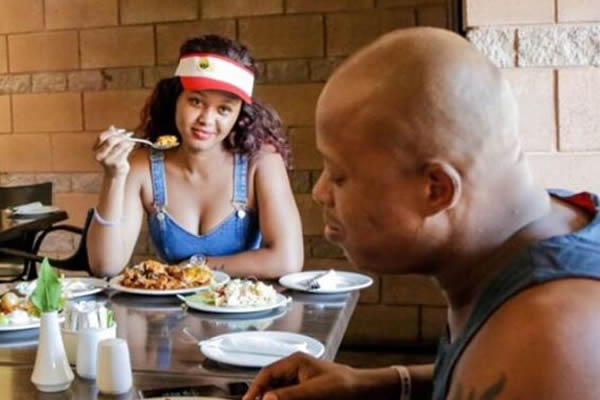 She has been topping trends of late. Babes Wodumo’s monthly income has left South Africa heartbroken. No doubt Babes Wodumo was one of the most celebrated musicians in South Africa, but that’s not the story for today.

She was dubbed as the next big thing in the South African industry, but a string of drama led to her fall. At some point, she was said to be the most booked artist, but that’s no longer the same.

Of late, she has been topping trends after her monthly takings were revealed. Reports reveal that she might be taking home a R100 000 salary. This was revealed in her latest episode from her reality show Uthando Lodumo. The show recently dropped, and it has been giving us a sneak peek into her life.

“The first thing you would have is your monthly income. We can say roughly R100 000. Then your gross income right, your gross profit,” she continues before Babe chimes in to check if she meant “groceries”.

She revealed that she has also been making a whopping R50 000 from endorsements. So, are these realistic amounts of money made by Babes Wodumo? Well, she said that they were examples. But this has since convinced Mzansi that these are her actual payouts. Some have it that she is now getting way less than projected. Others even weighed into the conversation and shared their two cents.

In the last episode, Babes Wodumo revealed that Mampintsha was swindling her millions of rands. She has it that he signed her to a company she doesn’t know and claims he has been benefiting from her royalties.

“He has signed me to some company I don’t know; I never signed. He committed fraud. I was told he took my documents to some company that now benefits from my royalties. I am even surprised on Facebook because some songs no longer belong to me. And when we approach some of those companies he signed with that I don’t know, then will then show us proof of payments made to him instead. I have never seen a cent from that money paid to him,” she added.