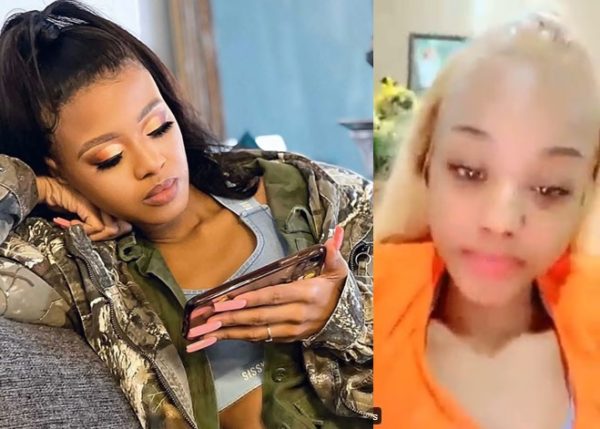 In a video shared on Facebook, the Gqom star claimed to have gotten the password to Mandla’s phone.

The news stirred lots of people and triggered mixed reactions as it is believed that hell will be let loose should Wodumo reveal names of female celebs and other women who disturbed her husband before he died.

Babes Wodumo got the pin finally. Those who sent her husband nudes, what if she….aai cut pic.twitter.com/HB0el6nL55

A few months before Mampintsha died, Babes Wodumo accused him of defrauding and cheating her.

“He is hurting me both at work and at home. When I fire these girls and get new dancers, he does the same even with those ones.”