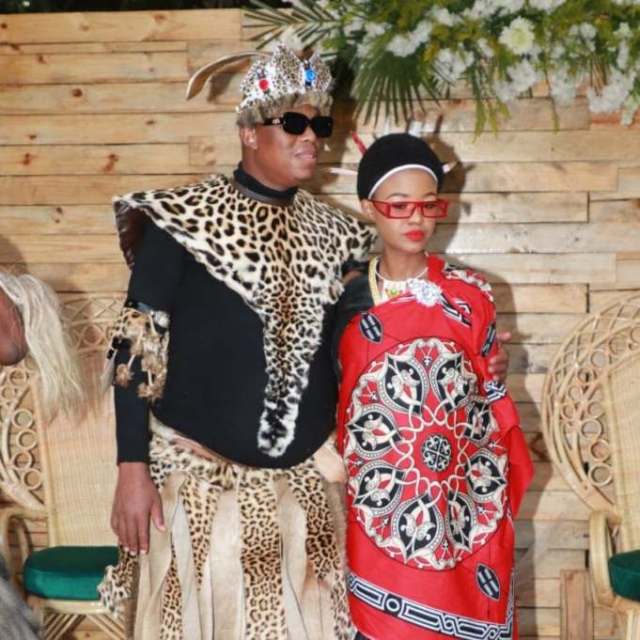 Last weekend Bongekile Simelane, AKA Babes Wodumo, officially became Mrs. Maphumulo in a beautiful traditional wedding ceremony. Attended by the whose who in the Durban entertainment industry, the ceremony was a pretty big deal.

What has now become a norm on social media, many are seeking to trample on Babes’ happiness by opening old wounds, scrutinizing her relationship with Mampintsha and blatantly declaring how unhappy they are that she married Shimora.

The couple has gone through a phase of fickleness when abuse became evident within the relationship. However, when many intervened, Babes told everyone to drink water and mind their own businesses. Another issue was the major weight loss both of them endured, leading many to make unwelcome assumptions.

Now, after getting hitched in their 10th year of being a couple, tweeps got startled by the number of years they have apparently been together. Mampintsha is 38 years old and Babes just turned 26, meaning 10 years ago, Shimora was 28, making Babes a 16 year old.

Keeping the same energy at which tweeps dragged Sithelo Shozi for dating Andile Mpisane when he was 17 years old, users are now coming for Shimora for dating Babes when she was 16 years old. It is even alleged that 16-year-old Babes moved in with the then 28-year-old and cohabitated.

I don't have a problem with Mampintsha marrying Babes Wodumo. All I'm saying is that he started dating Babes when she was a minor and moved in with her at 16. Men who prey on young girls must be held accountable, R Mampintsha was wrong!

Babes probably thinks it doesn't get better than Mampintsha 😭 https://t.co/vV93JX6Hj5

I cringe each time I see those Babes & Mampintsha wedding videos.

Imagine if Mampintsha was Sithelo or Zodwa wabantu, and Babes was Andile or Vusi(or any other Zodwas boyfriends)…..would the outrage be "the same?"