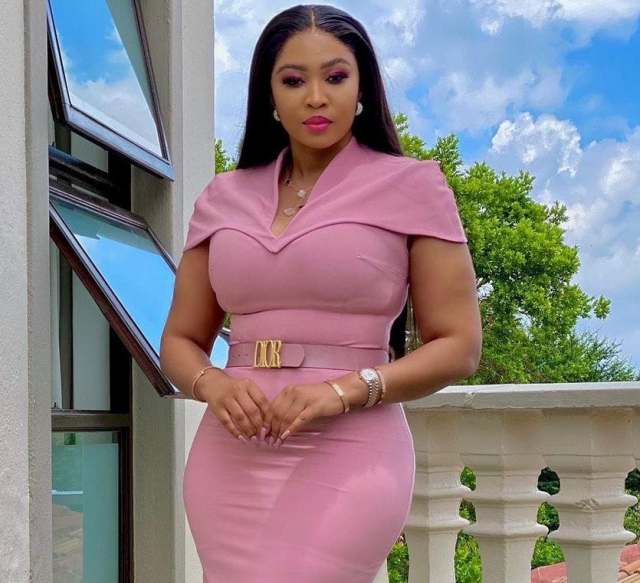 The Real Housewives of Durban fans were spitting fire after Ayanda Ncwane was asked to pay damages for Nonku William’s daughter, Nothile.

The cast came together for a reunion special hosted by controversial radio and TV host, Phat Joe.

Part one and two of the reunion both aired on Friday, 30 April, on Showmax.

During the reunion Nonku, who has a daughter with Ayanda’s late husband Sfiso Ncwane, asked Ayanda to pay damages for Nothile because Sfiso didn’t.

Nonku’s mum, Niniza “The Queen” Ngcobo came to the reunion and said she had a message for Ayanda from Nonku’s dad, who couldn’t be there because he was ill.

Niniza said before Sfiso died, he called Nonku’s dad and told him he wanted Nothile to take his surname and had planned to pay damages for her.

Therefore, as Sfiso’s wife, they asked Ayanda to then pay.

Ayanda, who was shocked by the news, first cried and then said she didn’t understand why the issue was addressed at the reunion. She said she felt like she was being forced.

Niniza said she was just conveying a message from Nonku’s dad.

Ayanda’s accepted Nothile, introduced her to her kids and has even taken her to the gospel star’s grave.

“Ayanda doesn’t owe Nonku anything – I think she forgets that she’s not the one who had a child with her haaibo.”

Influencer, Tshepi Vundla wrote: “I actually cannot believe Nonku and her mother!!!! So disgusting. Why bring it to TV and also why are they not discussing damages with Sfiso’s family? Ugenaphi uAyanda??? Sies.”

“Ayanda isn’t compelled to have a relationship with Nonku and Sfiso Ncwane’s daughter. I feel like the Williams dislike her because Sfiso chose to marry her instead of their daughter. She shouldn’t have to suffer for her husband’s sins,” wrote Nonkululeko.

I actually cannot believe Nonku & her mother!!!! So disgusting. Why bring it to TV also why they not discussing damages with Sfiso’s family? Ugenaphi uAyanda??? Sies #RHODurbanreunion

This entire time she’s been for peace and tried to handle this whole thing in a mature manner. Hae

Phupho being there for ayanda warms my heart because wow, I genuinely felt her pain 💔 #RHODurban #RHODurbanreunion

Ayanda is so respectful. I am honestly proud of the way she handled them with grace.#RHODurban #RHODurbanreunion