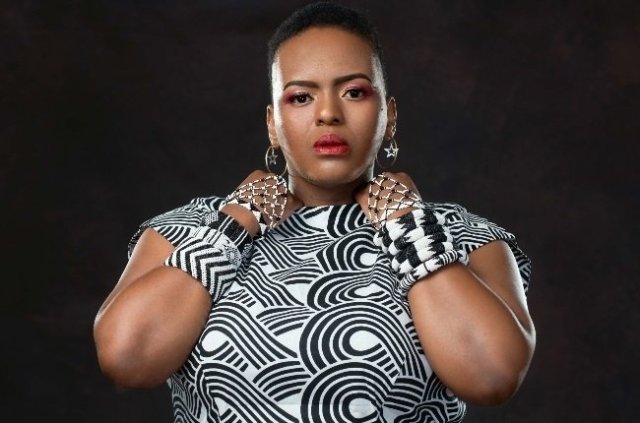 After spending her entire career behind the scenes, Ayanda Mthiyane has finally grabbed an opportunity to be in front of the camera.

Mthiyane is the newest cast member on “Imbewu“ and plays the character, Mzion, a rough and tough inmate.

“I have been behind the scenes throughout my whole career, but when it’s your time you take it and run with it.

“Mzion is a woman who due to her circumstances in the rural area moved to the city and her life of crime in the city led her to prison.

“She is a ring leader, fearless, unstoppable and yes corrupt as ever as she involves other women to participate in acts in prison. I look forward to her story evolving further in prison or on the outside,” said Mthiyane.

Admitting she didn’t watch the show she quickly started catching up to familiarise herself with the characters and storylines.

“I will confess, the minute I was told I am auditioning, I started watching so I can have an idea of all characters in the show, but now I watch every day with my kids at home. When my 2-year-old sees me on screen, he looks at me live, then on TV, then live again … we are fans now,” she said.
Mthiyane’s character has been on the show since March 30 and will continue to bring audiences plenty of drama throughout season 4.

“I’m excited to be a part of this production and I intend to make sure I bring it on camera. I appreciate and respect my colleagues as well for being open and offering me positive criticism.

“I look forward to being consistent in my future roles more especially because I respect myself and the arts,” Mthiyane said.

Talking about her new found fame, she said she is definitely receiving more attention nowadays.

“Me and fans, it’s all so new. I must say I am getting more attention from people, around my home my name is now Mzion , sometimes they even talk about me in front of me.

“I am more alert on my surroundings now. My sisters have been my greatest supporters and strength.

“We lost our parents in January and if there is anyone I wanted to see me on TV and hear their voice and excitement it’s my parents,” she disclosed.

Mthiyane urged viewers to tune in to the show.

“The storyline is hot right now with all the different story angles so please tune in.

“The level of professionalism is also awesome and refreshing and I would like to thank everyone for believing in me and receiving me so well,” she added.

Catch Ayanda Mthiyane on season 4 of “Imbewu”, weekdays at 9.30pm on e.tv.