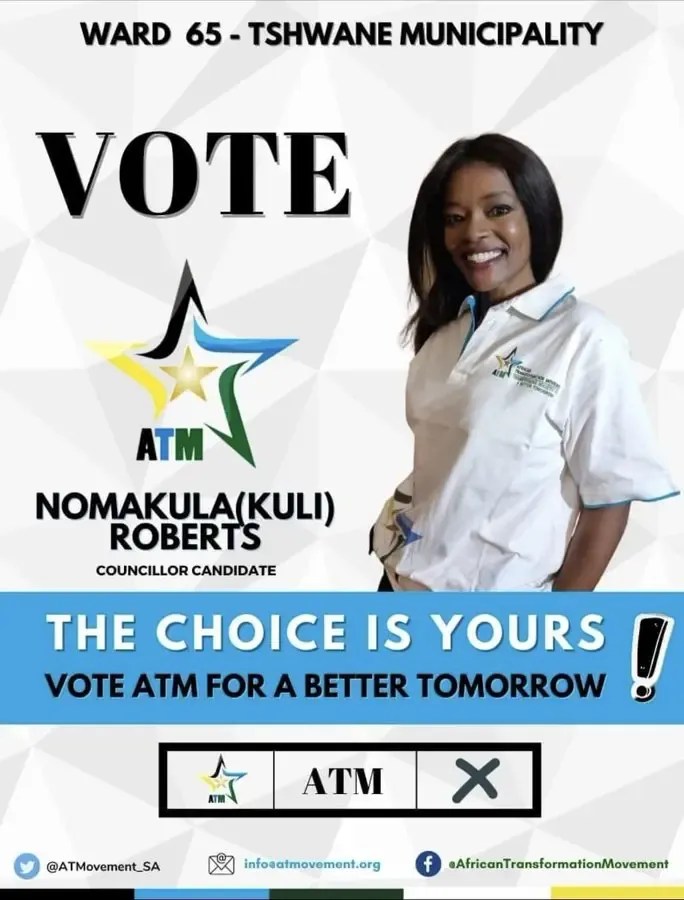 It ended in tears for media personality and writer Kuli Roberts, whose political ambitions resulted in her being suspended as the lifestyle editor at a local publication while the African Transformation Movement (ATM) political party has seemingly dropped her as well.

Mzwanele Manyi revealed the media personality had joined ATM as a councilor and was running for candidacy for ward 65 in Tshwane last week.

BREAKING NEWS
The one and only @kuliroberts has joined the winning team.
Servant Kuli has signed up to serve the people of South Africa.
Servant Kuli is ATM Councillor Candidate for Ward 65 in Tshwane.
We wish her well. pic.twitter.com/eBAX4yoKhI

However, her endeavour to enter politics through the ATM was short-lived as it was revealed in a statement sent by the political party to TshisaLIVE that Roberts has had to step down due to “confidential circumstances”.

“Due to unforeseen and confidential circumstances it is no longer possible to have Nomakula Roberts as a member and ward councilor candidate of the African Transformation Movement,” read the statement.

The political party wished her the best in her endeavours.

Meanwhile in the latest Sunday World edition, an editorial was published in which editor Wally Mbhele addressed the matter and revealed the paper had suspended Roberts.

The editorial revealed the management team were shocked to hear of Roberts’ ambitions to run as a councilor and would urgently hold a disciplinary inquiry in this regard.

“After long and careful deliberations, the management committee unanimously took a decision to suspend Roberts with immediate effect for allegedly violating the Press Code and bringing the company into disrepute,” read the comment on the matter.

Roberts remains mum on the matter and previously told TshisaLIVE she was embargoed and couldn’t speak on the matter until further notice.