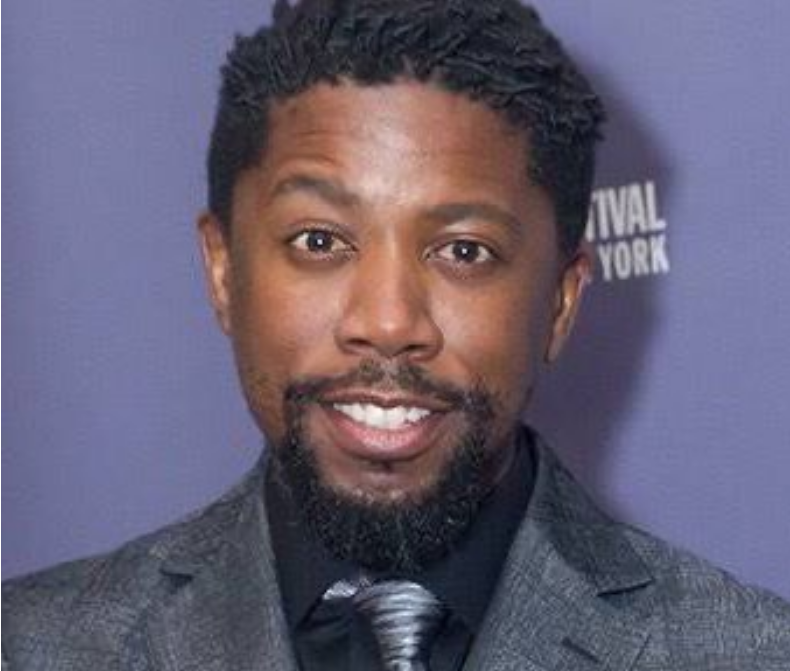 According to the show’s website, the series is “a comedic web series following the journey of a not-as-young-as-she-used-to-be woman pursuing BIG dreams in the Big Apple. Her delightfully delusional perspective challenges societal norms and worldview concepts regarding age and female identity”

The series is currently in post production and is expected to air very soon. It stars Tamra Paselk, who is also the creator of the show.

According to Phil, Atandwa plays the character of Mthokozisi and only appears in two episodes.

The series pilot has been selected for 17 film festivals including several Academy Award qualifying festivals, is highly awarded.

Atandwa has not said anything about the show and his role but social media is abuzz with congratulatory messages for John Kani’s son. We are equally as happy for him.

Recently Mzansi has been celebrating after claims that the Love By Chance lead actor has been cast to play the Black Panther. The Marvel Studios film is slated to return to the big screen for a sequel and with the unfortunate passing of the original Black Panther, Chadwick Boseman, fans have been waiting with bated breath to find out who will be cast to take over this role.

Chadwick, who brought the fictitious character T’Challa to life from the famous movie Black Panther, succumbed to a 4-year battle with colon cancer in August last year. His social media account confirmed the news and had said the actor learned in 2016 that he had Stage 3 colon cancer, which had then progressed to Stage 4. His peaceful departure happened at the presence of his wife and family at his home.

With the shooting of the second installment of the movie currently underway, mzansi is convinced that Atandwa will be taking over the role of T’Challa from his previous role of the younger King T’Chaka, especially because many refer to him as Chadwick’s doppelganger.

However, the award-winning actor has debunked these claims. He took to his Twitter to explain that he had not been contacted by the executives of the film about such news.

HOLD ON!!! I have NOT been cast as the new black Panther. I don’t know where this rumor came from, but I know nothing of this,” he wrote in a tweet.

But, as Black Twitter would have it, this fell on deaf ears – or should we say blind eyes? Tweeps were not interested in Atandwa’s revelation and outright told him that if they say he is the Black Panther, then he is exactly that. Tweeps were not about to be disappointed on a Monday morning. Nope! Not them.

While it isn’t clear who the source of the rumour is, a fan claimed that they aware informed by entertainment commentator, Phil Mphela. However, Phil moved swiftly to rubbish these claims. He made it clear that he does not report on news he cannot verify.