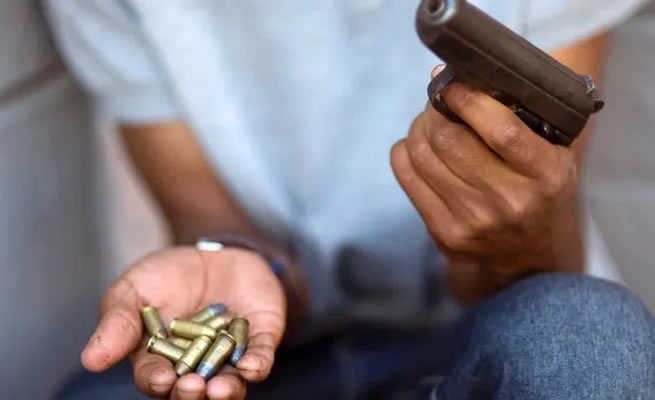 A man hunt for the skollie who shot a four-year-old girl from Hanover Park has paid off after the 20-year-old suspect was caught on this morning.

The Anti-Gang Unit pounced on the skollie as cops flooded the area after the shooting on Thursday afternoon.

A four-year-old girl from Hanover Park is undergoing surgery this morning after she was struck in the head by a gang bullet on Thursday night.
Panic spread across the Cape Flats community shortly after 5pm as multiple people were hit in a gang shooting in Algoa Court in a suspected retaliation attack.

According to a report by Anti-Gang Unit head, Major-General Andre Lincoln, the girl was struck in the side of her head along with a 15-year-old girl who was shot in the foot.

During the shooting two women aged 29 and 35 were also shot as well as a 26-year-old man.

According to a resident, who asked not to be named, the heartless gunman opened fire in the court while children were playing.

“They just started shooting and four-year-old Chloe was hit in the head. There were three other innocent people shot and everyone was panicking and upset. The girl’s family has gone to Red Cross Hospital because she must have an operation on her eye. We are all praying that she survives but the community is very angry and worried about her.”

Lincoln has condemned the shooting incident and says police will continue to work relentlessly to bring the perpetrators to book.

“Police visibility has been increased and crime prevention operations are at the order of the day to prevent and combat crime and bring the perpetrators thereof to book.”

Police are investigating a case of attempted murder.