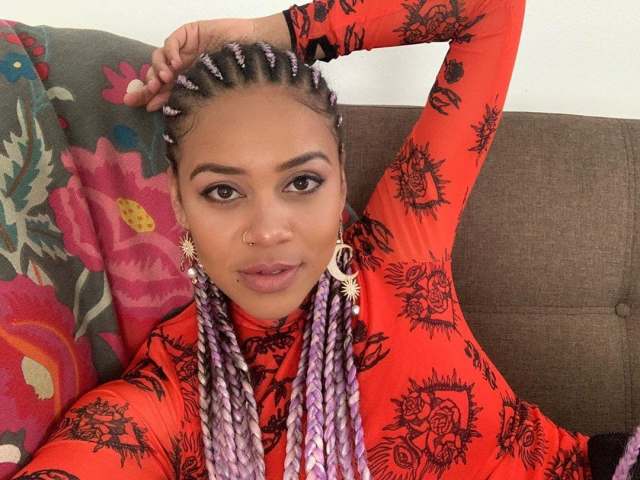 Many of our Mzansi celebs try to keep their flames burning in a corner, but it’s always hard to contain the fire when it gets too big.

Right now, our eyes are on TV personality and businessman Maps Maponyane and musician Sho Madjozi. Yep! We are just as shook and excited at the discovery.

The two media personalities have sparked dating rumours before, but with different celebrities. At some point in her career, the John Cena hitmaker had us all believing that herself and Sjava are an item. This happened after a very intimate picture of the two musicians started circulating. It also did not help that the two were tweeting each other an awful lot at the time.

Maps Maponyane has recently been linked to rapper Boity. In 2020 the Buns Out owner celebrated his big day with close family and friends and of course, Boity was in attendance and the relationship rumours were sparked from there. After that, the pair were adding fuel to the fire by sharing content many deem as ‘couple goals’ and teasing fans through social media. Because of this, it was hard for fans to let the idea of the two being a couple go. However, they had to because Boity is dating actor Anton David Jeftha.

Now, Tweeps have mad a new discovery and all the evidence points to Maps and Sho Madjozi possibly being a couple.

It all started when the Huku singer posted images of herself exploring the country of Rwanda. The musician can be seen at a tourist attraction called Ndambare Waterfall and another image she shared shows her at a field picking black tea. Yes, you guessed right! Maps also shared images of himself at the very same locations. Are they on a baecation?

Their images have lead to Twitter users questioning how a coincidence like this is possible, and moreso why they wouldn’t post images of them together if their trip was work related.

These image have definitely left the Twitter streets with questions, and of course, opinions. While some are loving the idea of the two of them being a couple, others are still holding onto Sho Madjozi being with Rabada instead. On the other hand, some tweeps have decided not to get to excited and just go with the notion that whatever the two personalitues are doing in Rwanda is work related.

Matimu Mazayizayi wrote: “Honestly speaking Maps Maponya and Majozi are not beautiful together remember Maps is calm and u Sisi u louder”

Mchumane…uNozulu said: “I prefer her with Kagiso Rabada”

Apparently Juice said: “Yazi I saw them hugging outside a house in Auckland Park, they looked so happy”

Dlomo-Mthembu said: “But there’s that microphone or whatever that Grey fluffy thing is maybe they shooting something”

#34REBIRTH wrote: “Nah there was Basketball games in Ghana last week, quite a number of SA public figures were there, including”