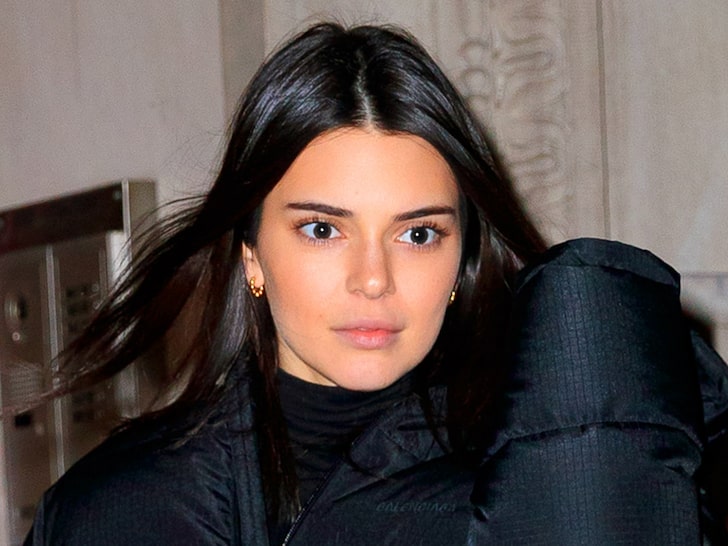 Another trespasser was arrested at Kendall Jenner’s house over the weekend and was booked for misdemeanor trespassing.

The 25-year-old model’s California abode has been the target of multiple unwanted visitors in recent months and a few days ago, police were called when a guy jumped over a wall to enter her gated community, having previously been turned away by security guards.

Sources told TMZ the 23-year-old man had attempted to get through the security entrance to the compound but was turned away by the guards, who recognised him from making previous multiple attempts to gain access.

But after he was turned away, he jumped over a wall to get into the community and cut his hand while doing so.

Police were called and apprehended the suspect before he reached Kendall’s house.

He was taken into custody and then to hospital for treatment before being booked for misdemeanor trespassing. He spent around 10 hours in jail before being released.

Last month, Shaquan King was jailed for 180 days following his arrest in March, when he was caught swimming naked in Kendall’s pool, and later taken into custody for felony stalking after showing up at her sister Kylie Jenner’s gated community.

The “Keeping Up With the Kardashians” star also successfully sought a five-year restraining order against the man, which prevents him from coming within 100 yards of her, Kylie and their mother Kris Jenner.

Kendall also recently got another five-year restraining order against another man, Malik Bowker, who allegedly threatened to shoot her and then himself.

The brunette beauty was forced to move out of her home after police made her aware of the threats to her life, after it was claimed Bowker had been placed on a psychiatric hold at a local hospital and was due to be released.

Kendall also amped up her own personal security after the alleged threats, with more armed security keeping her safe.