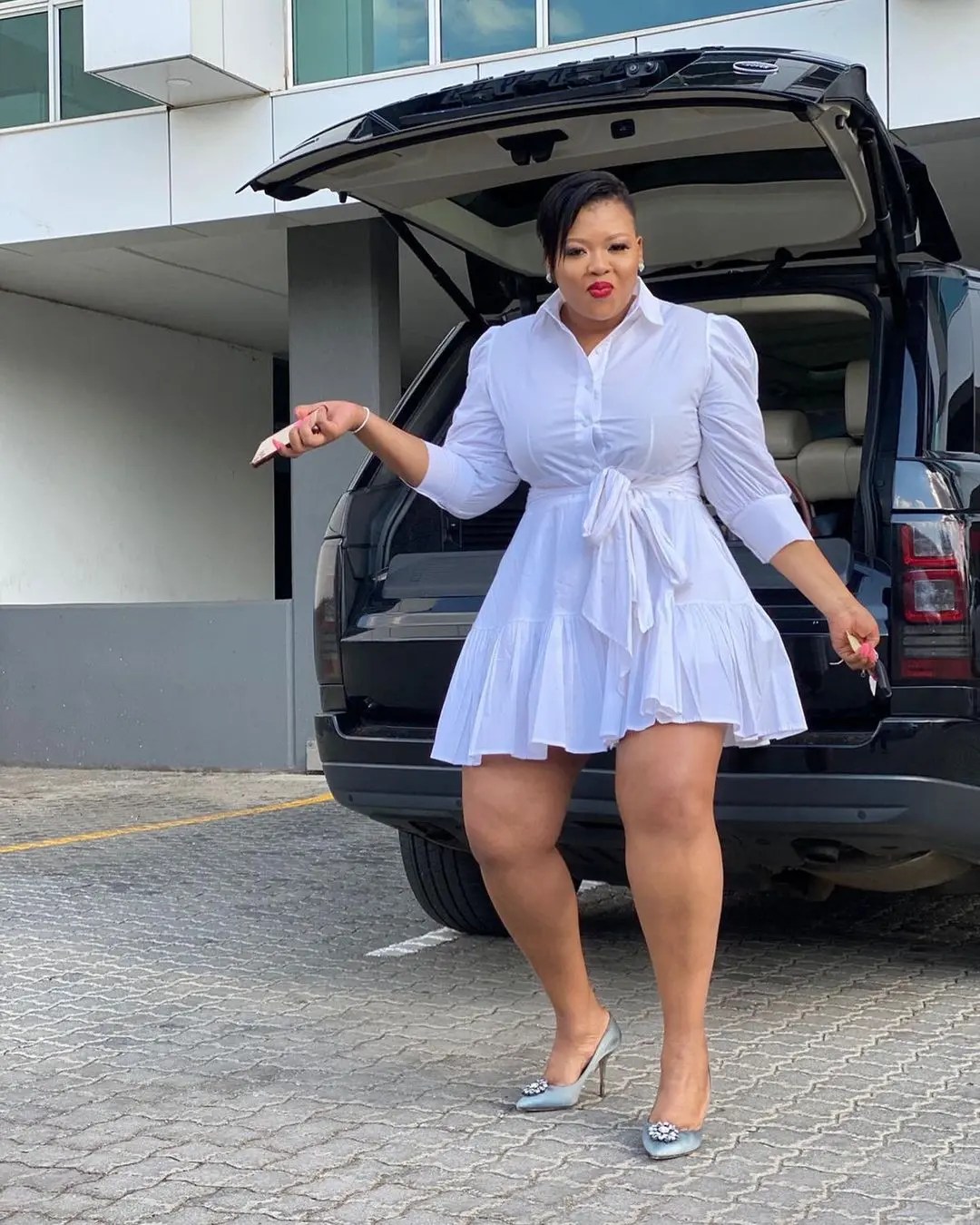 Okay, so remember when Anele Mdoda went on Twitter to skinny shame and she got dragged from here to Timbuktu for it? No? Have a look at the story below to refresh your memory.

Well, the dragging didn’t really get to her. She has thick skin; no pun intended.

Now she has a hilarious story about how being thick contributed to her almost having a heart attack. Speaking on the radio show she hosts, Anele and The Club, she talked about how her underwear scared her half to death. Apparently, because of load shedding, she was home in the dark, and went off to take a shower.

While in the shower, she naturally took off her underwear, but it rolled up into the shape of a koeksister, like they would usually do. She left it lying on the floor in the shower because, well, she was in the dark, and she decided to let it be tomorrow’s problem, when she can actually see.

The drama came when she woke up in the middle of the night to use the bathroom. Because she was still half asleep and foggy, she saw the underwear rolled up in the corner and immediately thought “SNAKE!” She jumped on the sink table in horror, but then wondered why the snake wasn’t moving, only to realise it was her underwear and not a snake. I can picture Anele on top of the sink table and it’s a hilarious image.

Her co hosts could not understand why she would mistake her underwear for a snake, until she explained that it’s because there is simply more of it, so in a koeksister shape, it would be long. They then trolled her for her big underwear, even saying that she is single-handedly keeping the textile industry alive.

It was all a funny light-hearted moment, but it did get us thinking about that skinny shaming tweet. I mean, Anele, you know who wouldn’t be shocked by their underwear? The “skeletons”. It’s all in good fun, though, because that story literally took us out. Why would you throw toothpaste at a snake, Anele? What would that accomplish?