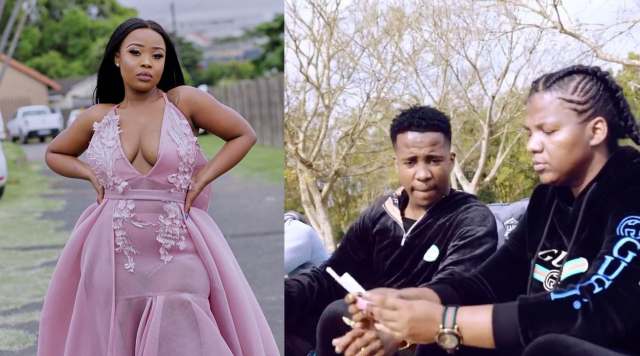 Age is just a number when it comes to dating but is it the same when one of the parties is a teenager. Sithelo has been trending and the label slapped in her face does not sit well with her. Despite the couple being consenting adults now that Andile is no longer a teenager, Mzansi is unhappy about how all this started.

With a seven-year age gap, Sithelo starts dating Andile when he was only 17 years old. Just as he turns 18, he knocks the DJ up and this does not sit well with a lot of people. South Africans are calling out the DJ in hopes that she gets cancelled for being a s_exual predator. A disgruntled tweep starts a thread and masses flock to the comment section.

Sithelo started dating Andile when he was only 17 years old and got pregnant by him when he was 18. Anyway do your thing R Sthelly.

Immediately, Twitter turns into a circus with everyone sharing their two cents while others compare Sithelo to R KelIy. 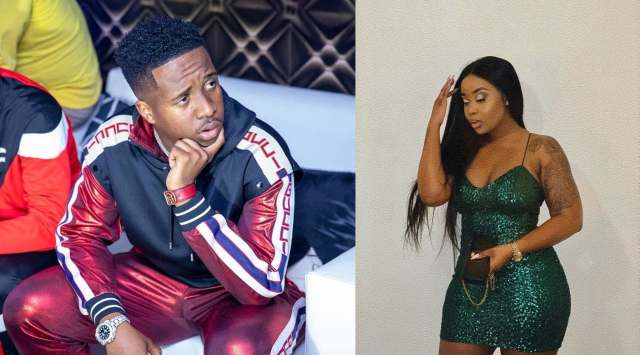 I don’t blame MaMkhize for not liking her (if it’s really true) no mother would allow a woman 10 times older date her son.

25 year old man dates a 17-year-old girl. He is a rapist, predator. Vs Sthelo who is a woman dating a 17-year-old boy then. They are happy. There is nothing wrong with that. She is also a rapist and a predator who jola with kids. Something is wrong there.

Many 28yr olds struggle to be great dads to their offspring. So now tell me, what does an 18yr old know about fatherhood?? S’thelo is R-Kelly’ing too much!!

Unbothered by people comparing her to R Kelly, Sithelo defends herself to which tweeps are enraged. At first I did not pay much attention into it until I saw her responses . She is disgusting.

However some support the notion that both are consenting adults. A lot of older rich men are preying on teenage girls and some think its unfair to slam Sithelo now that roles have been reversed.

Ay Maths Lit Twitter is at it again Tjo, Leave Andile and Sithelo to be happy with one another, both of them are happy and its consensual, Andile was over 15 and Sithelo didn’t court herself… As far as in concerned Andile Mpisane is the man! Ladies with big ankles stop hating.