Andile Mpisane Spotted With Kamo Mphela – Are They Dating? – Photos

Andile Mpisane Spotted With Kamo Mphela – Are They Dating? – Photos 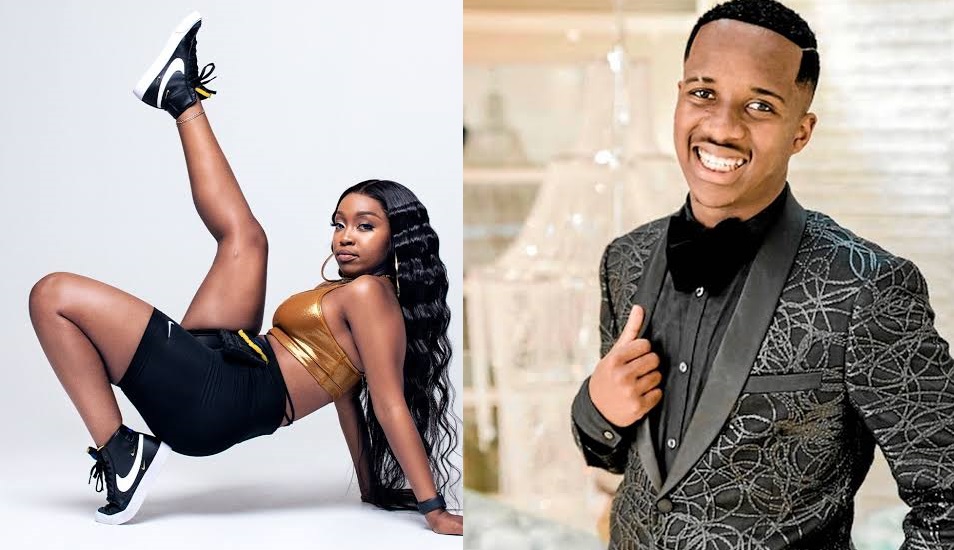 It has long been rumored that Andile Mpisane and Kamo Mphela are romantically involved. The couple manage to keep their relationship under wraps due to Sithelo Shozi’s relationship with the football star which has been made public.

In a video shared by The Popcornroom on their Instagram stories, the two were spotted chilling together and it got tongues wagging again. 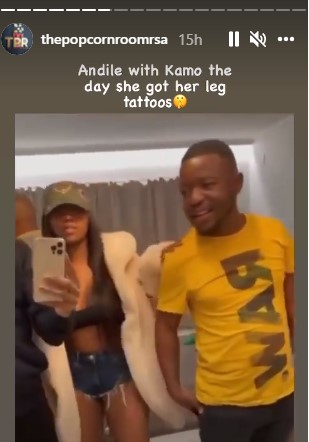 The video shows one of the people hanging out with them taking a video on the mirror while Andile appears in the background. Andile immediately turns back and runs away from the camera as soon as he notices he is on the video. After that, Kamo jumps on the video with the guy. 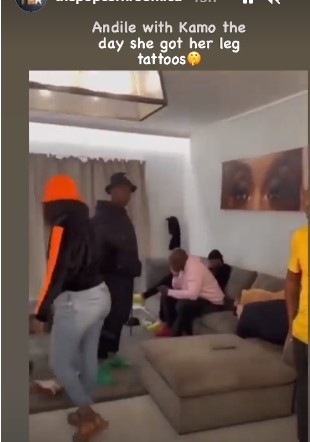 According to a SurgeZirc source, “Kamo and Andile were dating way before Sithelo came into the picture. Yet she is trying so hard to push the whole narrative that Andile cheated on her with Kamo.”

The source said MaMkhize even knew about Kamo’s relationship with Andile before Sithelo. “Andile’s mom (Shauwn) knew and approved of her son’s relationship with Kamo who is very private about her personal life. Hence Sithelo’s pregnancy came as a shock to her but she stood by her son and embraced her grandchild.”

The source further alleged that Sithelo got pregnant because she wanted to secure the bag. “Sithelo desperately wanted to secure the bag, So she asked her friend Shauwn’s stylist to hook her up with Andile. That is how the two got together. Now to try and elevate her position by eliminating Kamo from the picture she then decided to fall pregnant for him but instead her pregnancy brought Kamo and Andile even closer.”

Sithelo and Andile’s is always surrounded by negativity on social media as people call her a sexual predator. While Andile is now 20 years old, he was still a teenager at the time of their first relationship. That still did not sit well with people who accused her of preying on him, as she was in her mid 20’s.

At first it was reported that Shauwn Mkhize did not support their relationship but as time went on she accepted Sithelo and was even excited about the second pregnancy. She also gushed over her grandchild and expressed excitement when she walked down the stairs for the first time ever.

“My pride and joy. Yipee our princess is walking!!! She walked down those staircases on her own and BOOM, she applauds herself understanding what she just did was a great achievement. Wearing @royalam_fc tracksuit. She really is my comfort zone, my breath of fresh air. Watching her grow has been a blessing I love you baby Flo. You are indeed a champion in my heart!!!”