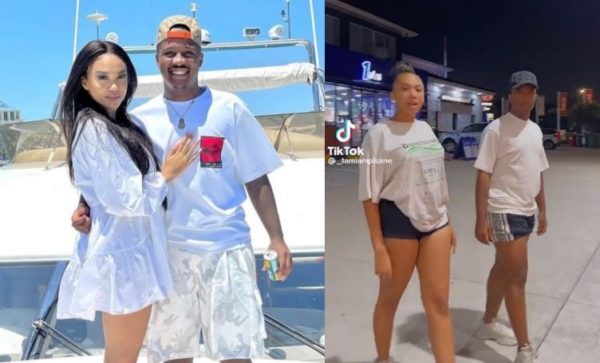 Andile Mpisane and his wife, Tamia Mpisane jumped on a Tik Tok challenge which has made them vulnerable to the attacks of social media users once again.

The Footballer has been dragged, criticised and mocked severally on social media for living.

At this point, it’s as though he isn’t good at doing anything.

In the video which has gone viral, the couple walked and entered their individual luxurious cars, but Andile got damned for running and jumping recklessly into his car.

Why run, the girl walked to the whip pic.twitter.com/n09uIg84PD