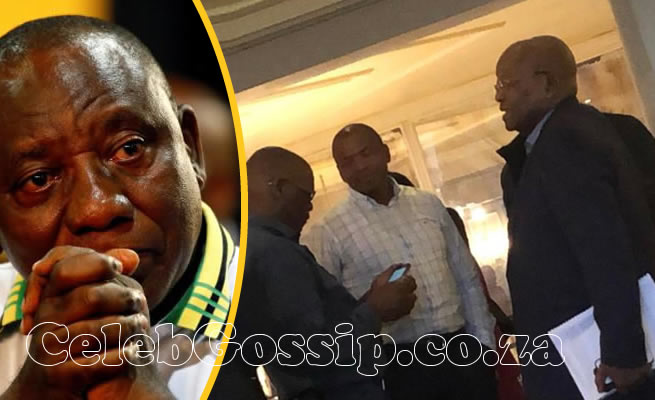 The fight for the soul of the ANC could take an uglier turn as supporters of secretary-general Ace Magashule and former president Jacob Zuma plan a series of shutdowns around the country, beginning this week.

City Press reported that the shutdowns will coincide with the 30-day period that Magashule has been given by the national executive committee (NEC) to step down from his position or face disciplinary action.

Among the supporters’ demands is that “the ANC recalls the president of the country and his Cabinet”.

The planned actions go against the directive given by the NEC, as enunciated by President Cyril Ramaphosa in his televised speech, that no party members are to convene media briefings, march or canvass support for any members who are criminally charged.

Circulars being distributed among the so-called radical economic transformation (RET) group call for the disruption of “key points”.

“We must block national roads, metro roads, all access roads to and from business hubs, and those access points coming to and from their rich suburbs,” it reads.

It adds that “details of key points and logistics will be communicated” at a later stage.

SUPPORT FROM NEC MEMBERS AND REGIONS
In Magashule’s home province of the Free State, where much of the mobilisation is taking place, the secretary-general’s loyalists include senior officials who this week called a media briefing denouncing the NEC decision. They called on Ramaphosa to make the accounts of the funding for his campaign to become ANC president in 2017 public within 30 days.

A Free State provincial executive committee member said: “Don’t be fooled. Magashule still enjoys great support within the organisation [the ANC] and these sentiments [contained in the factional circular] echo the stance of many within the party.”

“While some might say he’s mobilising support and thus going against NEC resolutions, we don’t see it that way.

”
He said the support was coming from “NEC members, provincial executive committee members from the Free State and other provinces, its former members who were kicked out like dogs by this current administration, ground forces who identify more with Magashule’s demeanour and disgruntled ANC members who face the same fate as that faced by Magashule”.

The provincial executive committee member said: “The fight-back strategy is simple: get the branches and ground forces behind you and you win the soul of the party.

Forget the leaders and the men in suits – it’s the structures that have a stronger say in who leads them.”

He added that the fact that Magashule was on the ground, as he was this week during a whistle-stop tour of Soweto, would give him “a lifeline as the clock ticks towards the 30 days he’s been given to step down”.

NEC members close to Magashule told City Press that the secretary-general had personally placed his bets on the party’s branches calling for a special conference, which he hoped would exempt him from the step-aside resolution.

“Within the leeway afforded to him by the NEC, Magashule is consulting former leaders and engaging with regions, including Gauteng, the Free State, Limpopo and KwaZulu-Natal. While some might say he’s mobilising support and thus going against NEC resolutions, we don’t see it that way. We see it as him utilising his right to engage and seek counsel. Branches are the heart of our movement and if they deem it necessary to put pressure on national office-bearers to reverse their decision, then so be it,” said an NEC member.

Another NEC member said: “I don’t think the secretary-general is against the planned national shutdown because it’s beneficial for him, but I think he might have preferred to shake things up quietly. However, at this point, it’s time to try any means necessary. There was talk of getting those who support him in the NEC to resign en masse, which would force the party to hold a special conference, but not all might follow through with that and, should it fail, it would come as another embarrassment.”

‘A FORM OF ANARCHY’
Free State spokesperson Thabo Meeko said that “technically”, the media briefing by the Free State regional leaders was permitted by the party.

“The ANC does allow for any member at any level, even the regional leaders who held the media briefing, to air their thoughts. This, however, is supposed to be in line with party policies and regulations and in accordance with party resolutions. Given that the briefing happened before the president’s address stating that party members were barred from organising and mobilising against the step-aside resolution, the regional leaders weren’t in breach of any resolution.”

“What you might see happening is RET members who aren’t known taking to the streets in their numbers on April 5, with the leaders taking a back seat and respecting the resolutions.”

However, Meeko added that the provincial executive committee “frowned on” the leaders’ actions and was not in support of such open defiance of a sitting NEC at the time.

About the circular, Meeko said the party regarded it as “a form of anarchy”.

A Limpopo ANC leader told City Press: “We’ve received word from comrades in the Free State and Gauteng and we’re also engaging with branches in Limpopo seeking not only to join the national shutdown, but also to be among the branches set to raise their voices in calling for a special conference that will definitely exempt the secretary-general from this step-aside resolution that’s now being weaponised.”

The Gauteng RET grouping had been planning to hold a meeting today to strategise and get support for former president Jacob Zuma and Magashule, but this was called off on Friday after the ANC threatened action against those who attended.

A Gauteng leader who identifies as an RET member said of the aborted meeting that “the timing was meant so that we [RET forces and those sympathetic to Magashule] can strategise and get instructions from the command centre … on what course of actions to take the next day, when the national shutdown is scheduled”.

The RET member said that, despite the statement announcing that there would be no mass meeting, “a plan is still being hatched to ensure that Magashule retains his position”.

“What you might see happening is RET members who aren’t known taking to the streets in their numbers on April 5, with the leaders taking a back seat and respecting the resolutions.

“RET members are also branch leaders and members, and will continue to canvass support for the secretary-general in order to force a special conference. At this point, a special conference is the only thing that will ensure that our leader [Magashule] retains his position. We’re hoping for a prolonged mass action, though, on April 5 that will show the leaders how serious we are about them recalling Ramaphosa and his Cabinet,” he said.

IMPACT OF SCA RULING
The Supreme Court of Appeal (SCA) this week ruled that the 2018 election of the ANC’s Free State provincial executive committee had been unlawful and unconstitutional after disgruntled members of the provincial party challenged the election, saying audits of ANC branches had not been done.

A senior ANC member within the Ramaphosa camp said this could come as a blessing in disguise for Magashule: “Given that the provincial executive committee, who’ve been very evidently behind the secretary-general, are now free to fully express their support without consequence, they don’t have positions from which they can be suspended.”

However, since Magashule still enjoys great backing from the provincial leadership, which appears to be the command centre for the fight-back campaign, the court ruling could throw a spanner in the works because the Ramaphosa camp could appoint an interim structure more sympathetic to the president.

This would upset the fight-back campaign’s plans.

The ANC member also noted that “the financial taps that come with holding those positions of power in the province could now be closed – and at the wrong time, as they need financial backing to forge a serious fight-back”.

Branch structures that fall under the Matjhabeng Local Municipality, where Magashule loyalist Nkosinjani Speelman is mayor, have written to him and asked the provincial leadership to act against him for being party to the defiant anti-NEC briefing.

They said Speelman should “cease and desist” from purporting to speak on their behalf.

“We are convinced a charlatan like Ace, who thrives on chaotic moments and disunity, will find it hard to resign and save our organisation embarrassment,” read the statement.