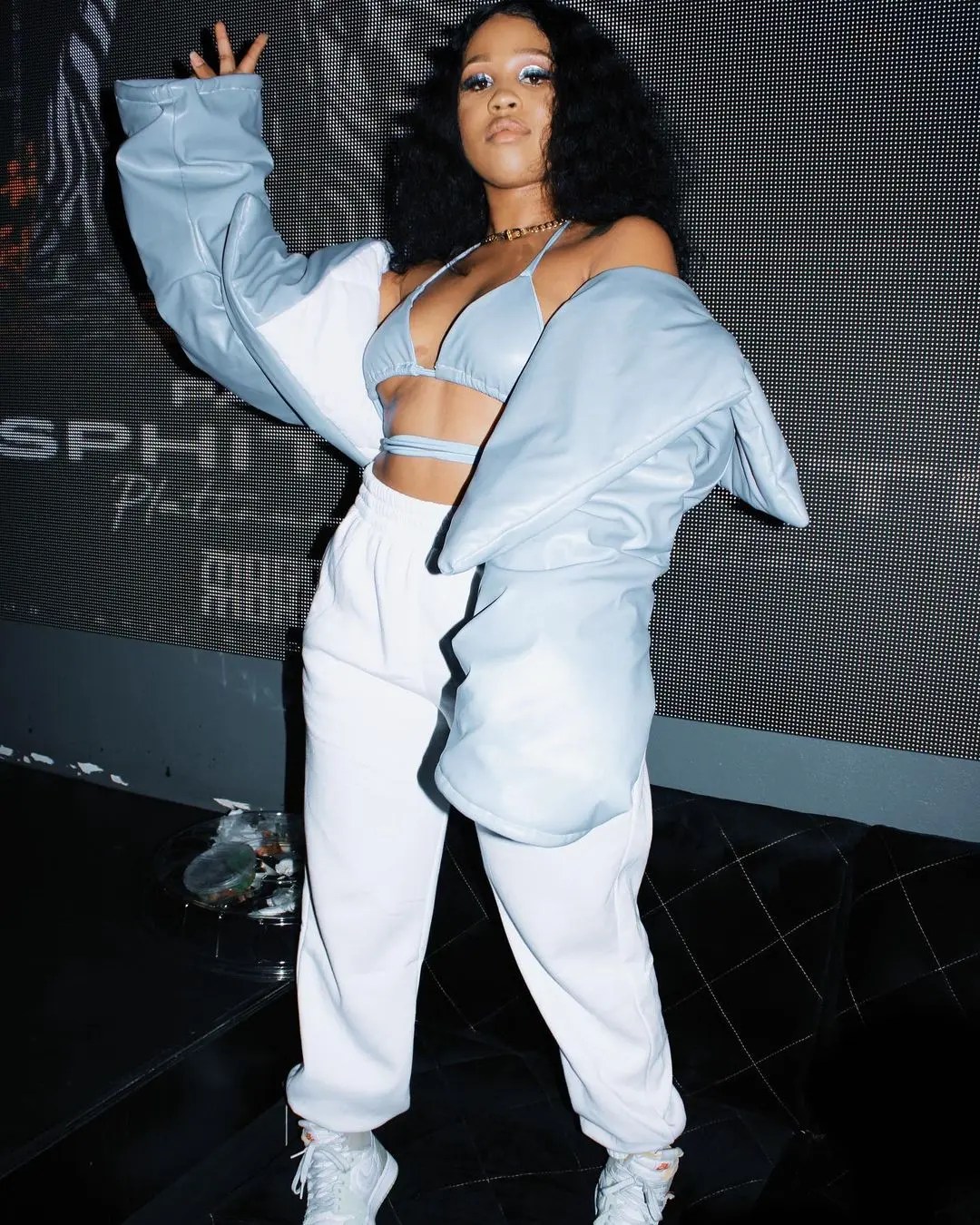 Cooper Pabi calls out Andile Mpisane over the need to start a football team for girls.

The amapiano singer sent out this message after sharing a series of videos on Instagram stories, where she’s seen showing a bit of her football prowess.

Urging the footballer on the need for a girl’s team, Cooper says she will be responsible for bringing the player, all he needs is to just start.

Andile’s mother, Shauwn Mkhize took over Royal Kings football club and renamed it Royal AM Fc in 2019. AM stands for her son’s initials, he became the owner of the club later.

After functioning as a chairman for a while, the musician returned to the field as a defender.