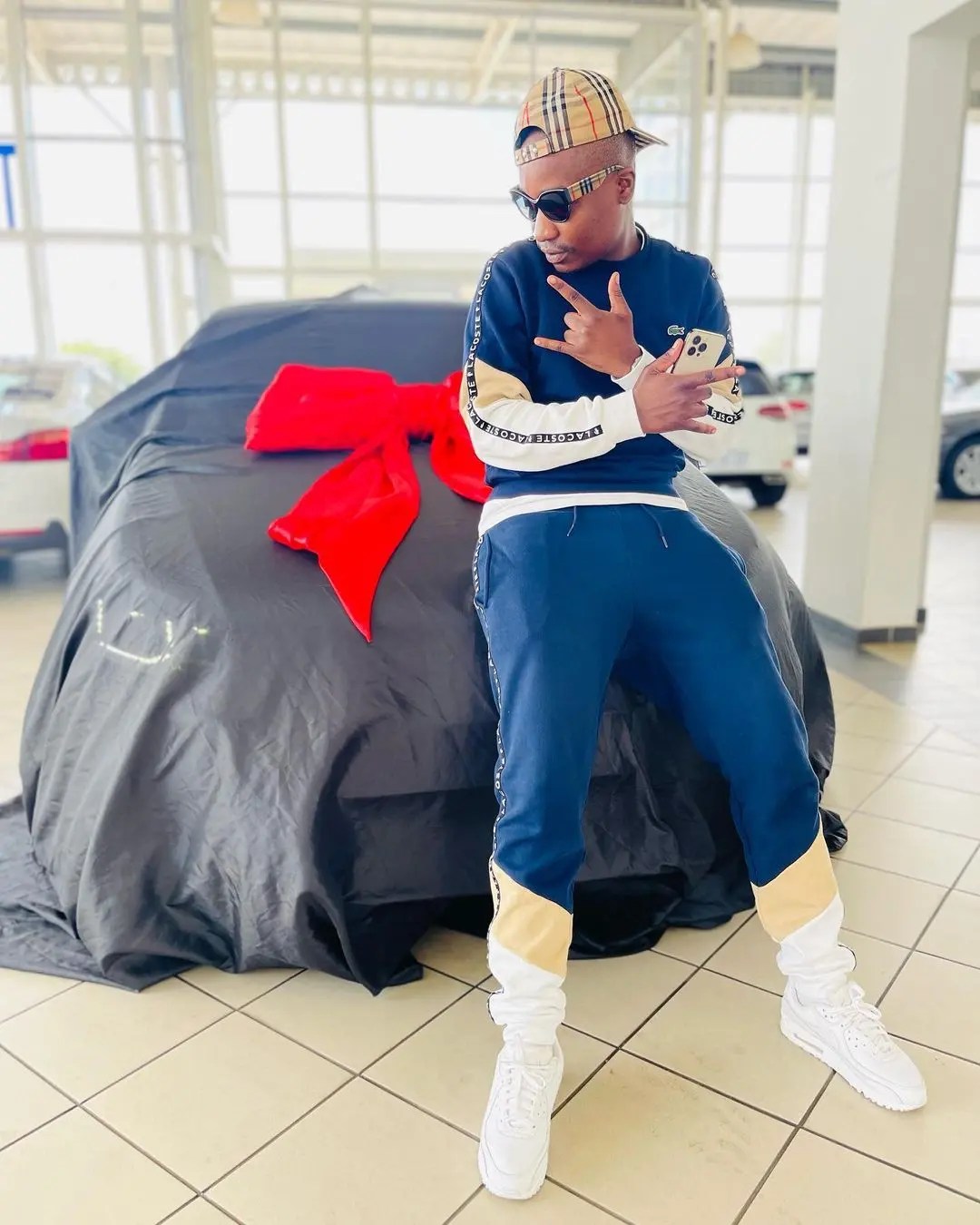 Reece Madlisa has taken to his social media to show off his newly acquired ride. The star is known to be an amapiano musician and he has been serving fans hot sounds for some time now.

Their hustle is paying off, and it’s evident.

Last year, Reece and Zuma showed off their new BMW car claiming they own it.

Well, Reece has added to his car collections and many of his fans are excited as they took to social media to congratulate them.