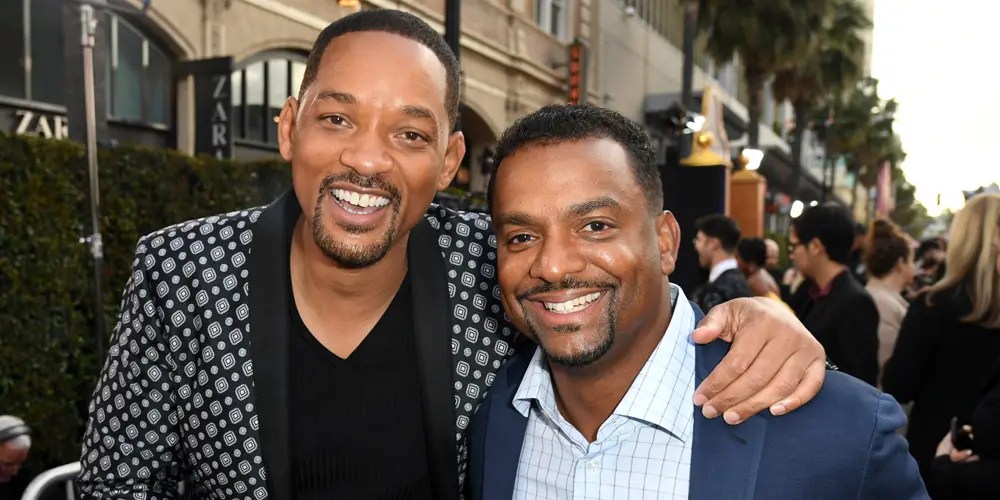 The 50-year-old actor – who starred with the actor in classic sitcom “The Fresh Prince of Bel-Air” – commended his friend for “laying it out there” with the book but admitted he doesn’t really feel the need to read it himself.
He told Extra: “For many, many, many years, people speculated about them as a family. They are laying it out there in a way that is their truth.

I don’t know if I’ll read the book because I know the people. The pair appeared as Carlton Banks (Alfonso) and Will Smith (using his real name) in the beloved comedy, which ran for six seasons from 1990 to 1996.
The cast reunited last year for a special on HBO Max, and Ribeiro recalled his process coming up with his iconic Carlton dance.

He explained: “The first time, all it said in the script was ‘Carlton dances’ and I needed to figure out how this character would dance. He said: “That final moment, doing it together — that was like Will finally making the full acceptance of Carlton. We are in sync and as one.”

Meanwhile, Alfonso won’t be reading the memoir, but “Will” features a lot of deep, personal confessions, including Smith revealing how he developed a “psychosomatic reaction” to having an orgasm after having his heart broken by his first serious girlfriend when he was 16, a “beautiful” girl named Melanie who was unfaithful to him while he was away on tour.

Will – who has 29-year-old son Trey from a previous relationship and Jaden, 23, and Willow, 21, with wife Jada Pinkett Smith – responded to the end of his relationship by pursuing “rampant sexual intercourse”, but it only left him feeling more troubled.

He wrote: “Up until this point in my life, I had only had sex with one woman other than Melanie, but over the next few months, I went full ghetto hyena.

I had s.e.x with so many women, and it was so constitutionally disagreeable to the core of my being, that I developed a psychosomatic reaction to having an orgasm. It would literally make me gag and sometimes even vomit.