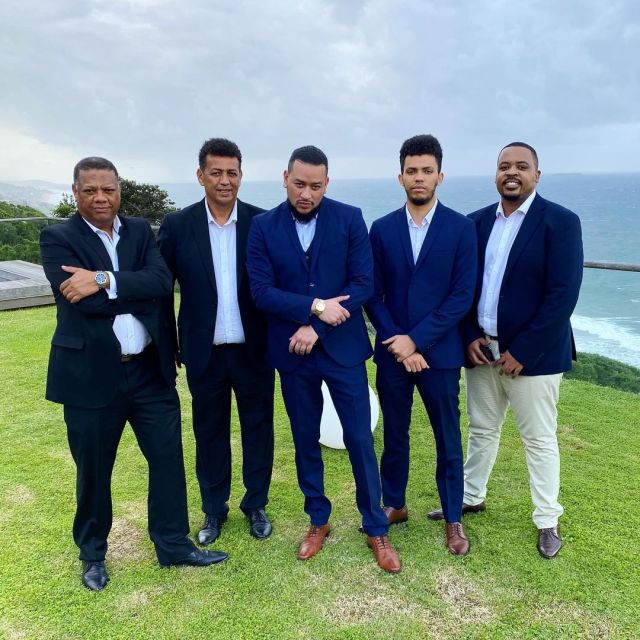 Rapper Kiernan “AKA” Forbes’s father Tony Forbes has in an exclusive interview spoken out against calls to #MuteAKA as investigations continue into the death of AKA’s fiancée Anele “Nelli” Tembe.

Tony told a local publication his son has been struggling to mourn properly because of the “damaging public perceptions” about the nature of their relationship with Nelli.

Nelli died on April 11 after apparently falling from the 10th floor of the Pepperclub Hotel in Cape Town.

Video footage of an incident involving the couple went viral, resulting in speculation around violence in their relationship.

Two videos of the same incident were leaked. A certain local publication reported the one version showed AKA breaking through a door behind which Nelli was hiding. Screengrabs showing him breaking through the door went viral.

A local publication is in possession of another video which a source claim is the same incident. It shows AKA’s Bryanston home in disarray with awards smashed and glass broken. AKA narrates in the background, claiming Nelli had tried to jump off the balcony. A Tembe family spokesperson would not comment on the footage.

An NPO opposing gender-based violence (GBV), Women for Change, reacted to this development by calling for radios, streaming services, and fans to stop supporting AKA’s music and other projects.

Seeing the calls from Women For Change to #MuteAKA, Tony took to Instagram to give them a piece of his mind.

Speaking to the publication, Tony said it was frustration that pushed him to engage the NPO.

“It becomes frustrating as a father to watch while your loved one is being disparaged and tarnished. Relationships are very difficult to navigate, I can only imagine what one under public scrutiny is like. Do all relationships have their ups and downs? Absolutely, and Kiernan’s relationship with Anele was one of those. But in talking about it we have to be truthful and be accountable to the overall truth of it.”

Tony emphasized that the existence of NPOs such as Women For Change were necessary and condemned GBV in all its forms. He added, however, that he expected them to act with caution and avoid acting in haste and without a complete set of facts.

“The fight against GBV has been slow and painstaking in gaining ground and recognition. For the longest time, the battered have not been heard nor given a platform. I support the movement. I get the frustrations that the movement is faced with and I understand that when a public personality is ‘exposed’, it lends to more noise to bring attention to the cause.

“With the same breath, we have to caution ourselves from acting in haste and by proceeding to cancel people without the full facts being laid bare. We have to interrogate allegations. In this instance, we are going off based on images grabbed from an unseen video that rightfully evokes emotions. We should be asking ourselves where the video was shot and what is the context of it with audio. As a family, we oppose GBV and do not endorse such behaviour.”

Speaking about how Kiernan is coping, Tony said AKA has been finding it difficult to express himself and last week he had resorted to pouring his feelings out into music.

“Kiernan has always possessed a strong character and never gives up in the face of adversity. Anele’s tragic passing has affected him in ways we would never understand, and these false presentations of his love story with her are affecting him. He has been finding it difficult to express himself, but in the last week he has been pouring his thoughts and feelings into making music. That has brought about a change. As a family, we have been happy to see that glimmer of normalcy coming back into his life.

“As a father, it saddens me further that in this grief process he’s not able to fully immerse himself in his grief for Anele as he has had to defend himself against damaging public perceptions, derived from over-sensationalisation of his experience in this relationship,” Tony said.

The circumstances around Nelli’s death remain under investigation.

Police spokesperson Col Andrè Traut told the publication on Sunday: Circumstances surrounding the death inquest you are referring to are still under investigation. At this stage, here are no new developments to report.”

Another certain local publication reported that an unnamed source with “intimate knowledge of the relationship” said Nelli had allegedly been abused by the rapper throughout their relationship.

However, AKA slammed all such insinuations in a statement released earlier this week, labelling them as an “attempt to disparage his name and Anele’s character”.

Speaking at her funeral on April 16, Nelli’s father and prominent businessman Moses Tembe rubbished speculation that she was suicidal.

“As Anele’s father, I categorically state Anele was neither suicidal nor did she commit suicide. We must as a matter of priority deal with the scourge that bedevils our youth, alcohol which is overused and drugs. Fellow South Africans we better wake up and smell the coffee. We have a serious problem with substance abuse.

“I cannot allow an unfortunate narrative to go unchallenged, a narrative that irks me to no end that is ‘Anele was chronically suicidal’. All I can say is, until Anele turned 21, not a single member of her family, my family would have associated her with suicide,” he said.