AKA tells All In eNCA Sit Down Interview , Reveals Police Questioning DJ Zinhle Too – Video

AKA tells All In eNCA Sit Down Interview , Reveals Police Questioning DJ Zinhle Too 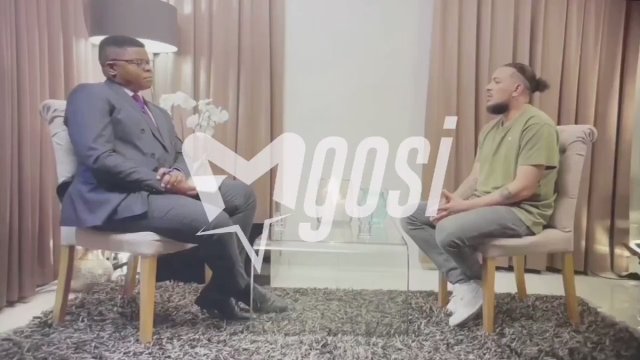 Rapper AKA has stuck to his word and had a sit-down interview with seasoned eNCA journalist Thembekile Mrototo. This was revealed by a website called Mgosi, who shared clips of the interview where a despondent AKA attempts to answer the hard-hitting questions.

As we have reported before that AKA has agreed to fully respond to all the questions and lay a lot of the rumours as well as assumptions to rest. After the sudden death of his fiancée Anele Tembe, speculations, rumours, assumptions and exposed truths about their tumultuous relationship started gaining traction. The publication, Mgosi, has revealed that the Supa Mega has already sat down with a journalist in a tell-all interview.

In one of the shared clips, Thembekile asks AKA the burning question; “Why did you break the door?” and a suspenseful audio breaks before the clip ends. AKA’s dejected face also shows for a brief second.

In another clip, still with his dejected face, AKA reveals that detectives flew out from Cape Town to allegedly interview his ex-girlfriend and mother of his child DJ Zinhle.

Shortly after the incident took place at the Pepper Club Hotel in Cape Town, investigators started doing their work and one of the people interviewed was the Indlovu Hitmaker. This was a very puzzling move to AKA as he questioned why was she interviewed and what direction is the inquest taking.

Making this interview possible is Legend Manqele’s BarLeader production house, who after being approached by the publication, hesitantly confirmed that indeed the interview with Kiernan Forbes did take place. He could not however give much details about the interview including when it would be aired and where.
Watch clips from the interview below:

A few days ago, his legal team at Mabuza Attorneys said that the rapper stands firm to his guns that he is not a perpetrator of gender-based violence and will respond to all the questions in due time.

After his performance at the Nedbank Cup Finals, that clearly did not leave a goof taste in people close to Nelli Tembe, bombshells have been dropped and it did not look good for the rapper.

After the videos and photos were leaked, AKA released another statement where reiterates that he is not an abuser, but owned up to his mistakes.

“I own up to my past and current traumas and thus I have submitted myself to psychological and spiritual counselling for my own benefit and growth. I hope everyone affected by Anele’s traumatic passing does the same for themselves, individually and collectively, so that they may all afford her spirit the rest she deserves and come to terms with the choice she made that fateful morning of 11 April.”

“It is a sad day when I find myself having to speak to the nature of my relationship with Anele. What makes it even sadder is the knowledge that some of the people, she and I loved and entrusted with our deepest troubles are now using those weapons to set a negative narrative on my character,” he wrote.