Andile Jali finds love, a well-known SA celeb after being dumped by his wife Nonhle

Andile Jali finds love, a well-known SA celeb after being dumped by his wife Nonhle 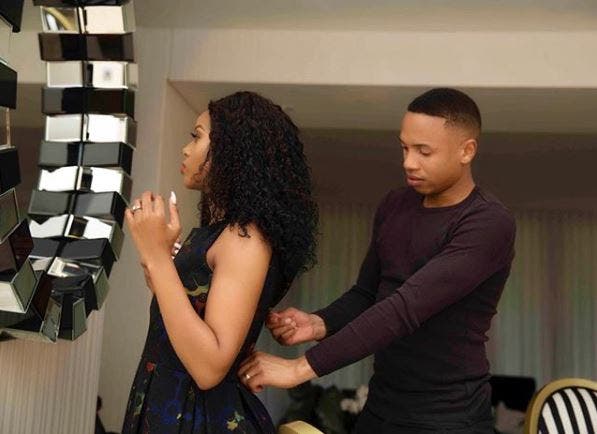 The publication has learnt that Jali and Seopela have been dating for almost a year, following the Bafana Bafana midfielder’s split from his wife Nonhle Ndala.

News of their dalliance, which has been covered in a veil of secrecy, was revealed by three independent sources, who did not want to be named for fear of victimization.

One mole said Jali and Seopela met through a mutual friend before the controversial footie separated from Ndala and forged a platonic relationship.

The tipster said the platonic relationship morphed into a love affair after the soccer star’s marriage collapsed.

“He found comfort in the loving hands of Brinnette who at that time had also separated from her husband Themba Gezane,” said the deep throat.

Another source said Jali and Seopela are so madly in love they have already moved in together.

“Andile has been literally living in Brinnette’s house in Olievdale, north of Joburg, and they are not hiding their romance anymore,” said the informant.

Another source said Jali and Seopela were planning to take their relationship to the next level after the brooding TV star suggested that they try out for a baby.

When contacted for comment, Seopela asked us to text her our questions, but had not responded at the time of going to print.

Jali could not be reached for comment at the time of going to print.

Both Seopela and Jali acrimoniously broke up with their spouses about two years ago.

Seopela alleged that she dumped Gezane because he was a Frankenstein monster who physically abused her.

Gezane denied the allegations and said she constantly henpecked him.

Jali and Ndala broke up after she accused him of infidelity.

Andile is living in Brinnette’s house.