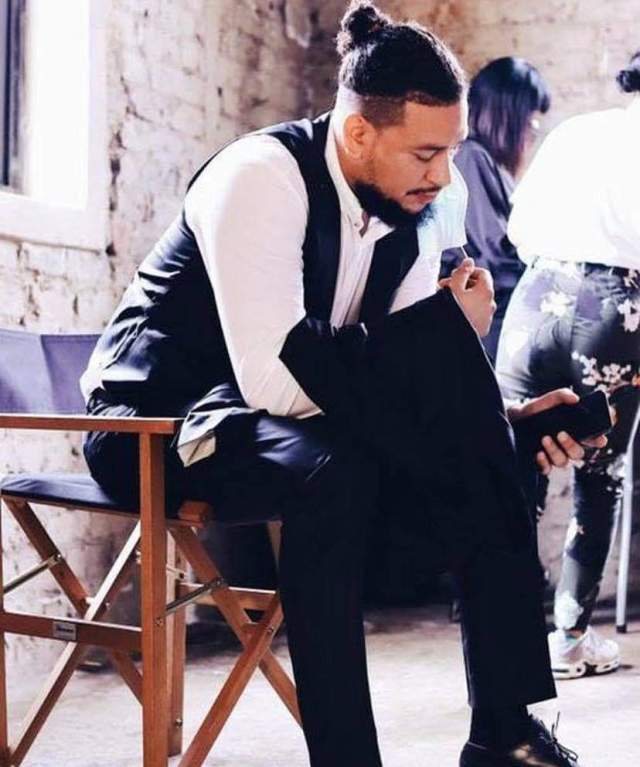 Grief-stricken AKA has described the loss of Nelli Tembe as an emotional burden. The rapper has finally broken his silence in a form of a statement where he says Anele’s death has taken a major psychological toll on him.

In the statement sent to TshisaLive, a despondent AKA says that everyday since the death of the love of his life, has been a mountain to climb. As a couple who got engaged late February and concluded the lobola negotiations in March, they had planned a long life together. Sadly, that came to an abrupt stop when Nelli took her fatal fall, hours after having a jol at Pepperclub in Cape Town.

“I have lost the love of my life…and every day feels like a mountain to climb. I miss Anele, so much and I’m heartbroken at the unfulfilled life we had planned together,” wrote AKA.

Aware of what has been said all over social media, AKA says he is finding it difficult to process the major loss. Many people have painted him as the number 1 suspect. With others asking where was he when the whole incident took place. A viral post shared by the popcorn room, which a couple claim they heard a man and a woman fighting, before Nellie fell, made many believe that it was the engaged couple.

AKA says that these assumptions are not only making it difficult for him to come to terms with Nelli’s passing but are also affecting both their families.

“The tragic loss of Anele has taken a great toll on me emotionally and psychologically. Insinuations and innuendos made on my personhood have made it even more difficult to process, and the strain our families have taken is unspeakable. Which is why at this time I choose to retreat to honour my journey, praying that the moments of stillness may bring me closer to some clarity.”

Super Mega then went on to thank the people who have been there for him during this difficult period. These people include his parents Lynn and Tony Forbes, Nelli’s father Moses Tembe and the entire Tembe family, as well as his. Others include his industry peers and political leaders, including friends and neighbours. His fans, the Megacy as he calls them, have brought him towards himself and he is thankful.
“Last but not least, to my incredibly loyal fans, the Megacy, your collective love and support has brought me much comfort,” he wrote.

For the time being, AKA’s management will be handling his social media pages as well as public affairs. “Please respect our privacy as we go through our grieving process, and please continue to keep our families in your prayers,” he concluded. 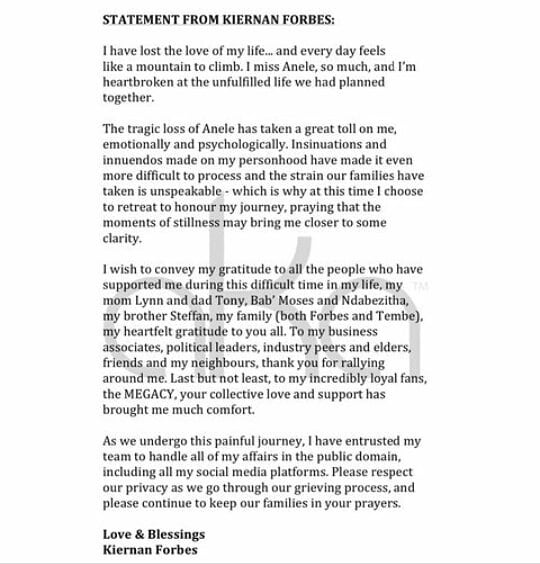