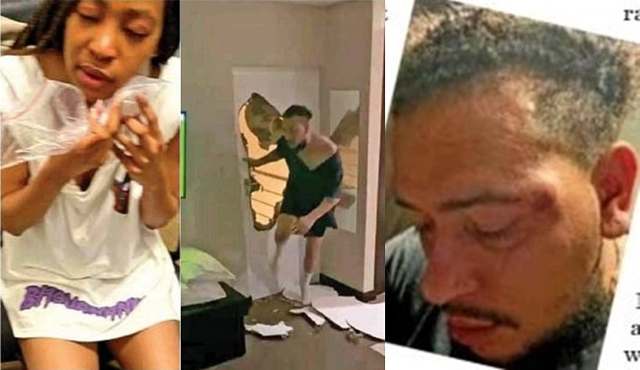 According to a certain local publication, Mzansi hip hop star AKA was almost arrested for allegedly attacking his fiancee Anele “Nellie” Tembe last year. The situation between AKA and his late fiancee is now getting intense.

Disturbing photos of AKA breaking down a door where Nelli was hiding circulated on social media in the past weeks. The publication reported that Nelli Tembe almost reported AKA to the police after he attacked her.

More information from the publication suggests that Anele Tembe and AKA were involved in a brawl and the police were called to the scene to investigate a violence case against a woman.

Nelli’s friend revealed that the rapper was abusing his fiancee and that their relationship was toxic. Unfortunately, Nelli passed away in Cape Town after jumping from a hotel’s 1oth floor.