Again! Enhle Mbali fails to pay for her electricity bill

Again! Enhle Mbali fails to pay for her electricity bill 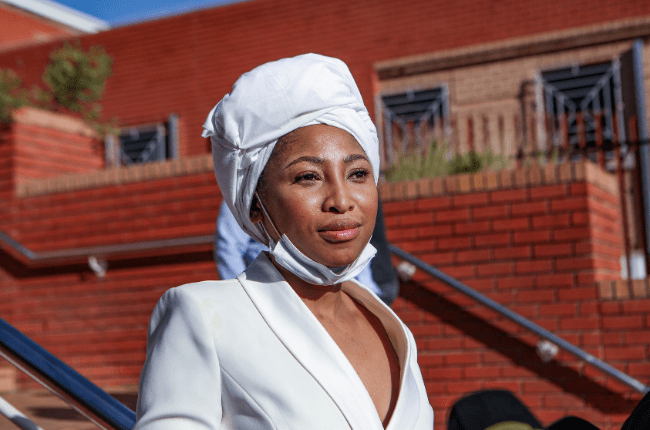 Mlotshwa is allegedly in the dark again. This time, the actress is believed to have spent the whole week without electricity after her power was cut off.

Two close family friends revealed that the star, who plays the character of Lindi on the Mzansi Magic drama, has been living in the dark since Monday because her electricity bill was allegedly not paid.

“It’s just like last time, but remember Nathi [Maphumulo, AKA DJ Black Coffee, Mlotshwa’s ex-husband] paid the bill then, so we don’t know whether he’ll pay it again now because he made it clear that he wouldn’t rescue her again,” said one of the sources.

Mlotshwa had the same experience in May, when the City of Joburg cut the power at the upmarket Sandton home that Maphumulo moved out of when the couple separated.

At the time, the two were engaged in a social media war after Mlotshwa posted an Instagram video of herself and her children having dinner in the dark while making fun of the situation.

“I’m going to have to hold the candle. It’s not load shedding – our electricity’s been cut off,” the actress said in the video.

Maphumulo paid the electricity bill and then posted his own social media response: “Since March, I’ve been sending you electricity statements, which you’re aware of. Yesterday they cut the lights and you’re here once again, creating another narrative that it was because of me. Take care of your bills.

“It brought me so much pain to watch your videos making fun of this situation. I’ve settled the electricity bill this time, just for the sake of the kids. Moving forward, pay your [own] electricity bill,” he added.

The Pieces of Me musician also revealed that he was paying the actress R65 000 a month in maintenance, which covered the children’s expenses, including their school fees.

I haven’t been home – I’ve been in Durban. It’s a joke now, this electricity thing. A woman gets abused financially and all kinds of ways, and it becomes a joke. I’m going to let it be. Let’s see how you guys perpetuate the system of patriarchy Mbali Mlotshwa.

Another source said Maphumulo’s family had heard about Mlotshwa’s electricity problem via the grapevine.

“Enhle and Black Coffee are currently co-parenting, so the kids spend one week with their mom and the next week with their dad. Black Coffee’s family heard about the situation through others. He isn’t obliged to pay the electricity bill because, in terms of their parenting plan, each of them spends equal time with the children and therefore should take care of them equally,” she said.

The source added: “It looks as if Mbali can’t maintain the kind of lifestyle she used to have with Black Coffee, but she’s refusing to let go. The family has advised her to downsize many times, but she just won’t listen. That house is very big, she currently doesn’t have a stable job and the money she receives every month is just a drop in the ocean when it comes to covering expenses.”

Asked to comment, Mlotshwa claimed she was being financially abused.

“I haven’t been home – I’ve been in Durban. It’s a joke now, this electricity thing. A woman gets abused financially and all kinds of ways, and it becomes a joke. I’m going to let it be. Let’s see how you guys perpetuate the system of patriarchy,” she said.

At the time of going to print, Maphumulo had not responded to requests for comment.