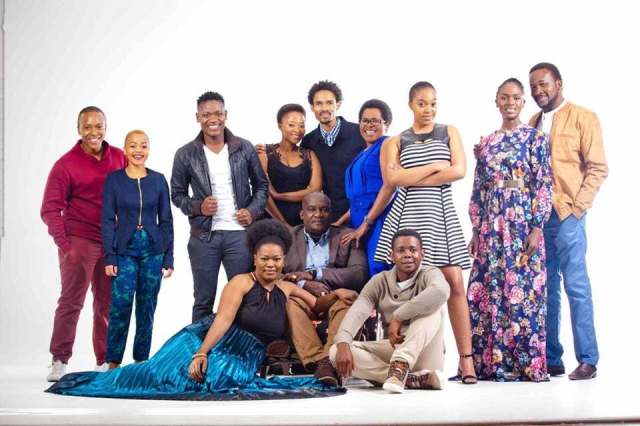 After Skeem Saam extras exposed the soapie for allegedly ill-treating them, they have come out to defend themselves. Extra’s on the show told a local publication that they would be made to work on empty stomachs and other “inhumane” conditions.

They also alleged that the food given to them, was not for human consumption as opposed to the main actors who have been with the show for a lengthy period.

In a statement sent to a local publication, Skeem Saam producers refute these claims saying they have not received any complaints from any actor.

Skeem Saam’s publicity and social media manager Sumaya Mogola says, “We have never received any complaints regarding our extras being ill-treated. Every person who is part of our crew plays a valuable role and this includes our extras. In fact, we are the type of production where everyone is valued and made to feel as part of one family.”

Allegations made against the soapie were so damning as extra’s would complain about being overworked on empty tummies. “If we miss the allotted time for breakfast, we go hungry the whole day,” said one extra.

“The treatment we get on set is very disappointing. The story wouldn’t be as good as it is without extras because we carry it,” another extra said.

At the time, Sumaya said every actor is getting the same treatment and the same amount and quality of food.

But the extra’s were pretty adamant that the production does not provide the same treatment, “Even extras arrive late on set and we get breakfast because they know some people come from far and leave their homes without eating breakfast,” the actors told the publication.

Sumaya on the other hand, said they use one agency to get extra’s but no complaints have been received by them, “We’re currently outsourcing one agency that provides us with extras, and we have never received any complaints regarding ill-treatment at all.”

The extra’s played in top telenovela’s such as eTV’s Rhythm City and Scandal! and they said the treatment is way better, “We don’t experience the same problems at these other productions. In fact, the staff is friendly and we eat with the cast and crew at the same time.