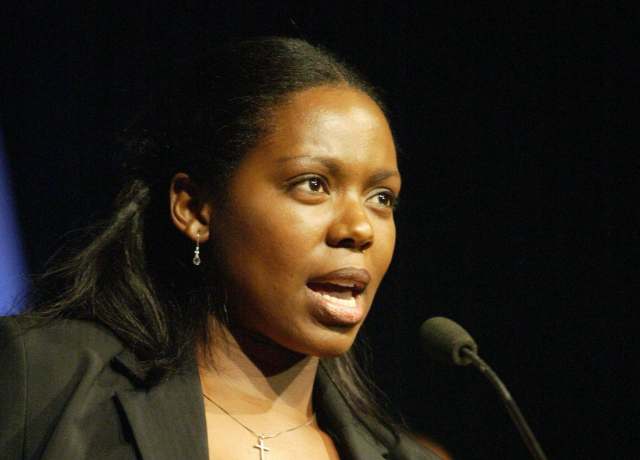 Film director and actress Xolile Tshabalala has lashed out at ANC officials who made fun of a woman selling chicken feet.

This comes after a trending video which shows ANC officials including MEC Faith Mazibuko, Joburg ANC deputy secretary Loyiso Masuku and other officials buying and eating chicken feet for the sake of the vote.

The video angered many people.

On Monday, Xolile posted a video clip telling these politicians how their children will become nothing in the world because of that incident.

Taking to Instagram, she said: “Growing up I was told that you never betray your race. Last week we heard about the politicians who were mocking the lady who sells chicken feet. It really broke my heart, to know that these are the people who are supposed to be the leaders, who make a mockery of a woman sitting in a corner, selling chicken feet to raise and educate her children. When I was growing up it was our duty to buy from those people because we understood the greater power, that whatever she was selling was in support of her family,” Xolile said.

She said it was disappointing that politicians “see nothing wrong with making a mockery of a woman selling chicken feet. I hope those women who made a mockery out of that woman selling chicken feet will not be angry at God when their children become nothing in the world. You cannot mock another human being especially with their misfortunes in life”.

“It’s like we are in a match, we like disgracing our own. I am starting to feel that we no longer value each other, we’ve become animals, it has become easy to kill and insult and look down on our very own people. What is happening in South Africa right now is very sad.

“How do we expect other races to respect us when we disrespect our very own?” she said.

Molwela Tshepiso Ntsime said: “For the sake of the votes, they said. Sadly there was a little boy looking at them with possible envy. But ke who am I to speak about the leaders I voted for. But I say never again shall it be that this mockery of leadership shall receive my mark on the ballots.”