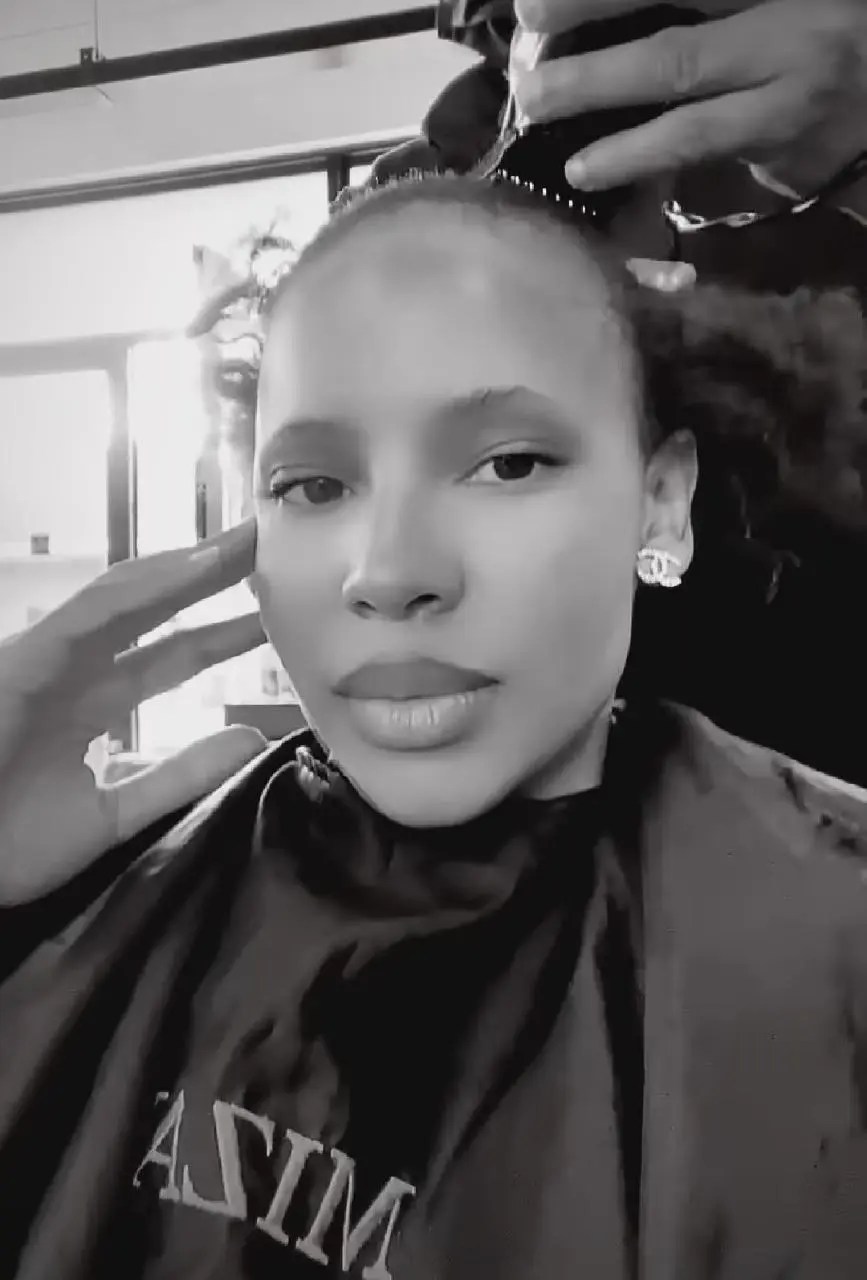 Actress Thuli Phongolo is making major life decisions this year and she is not wasting any time. A part of growth and change is making those tough, uncomfortable decisions that a part has probably ignored for a long time.

Taking to her Instagram stories, Thuli shared a clip where she is at the barber getting her hair shaved off. The actress mentioned that this year is very personal for her.

On Twitter, she mentioned how the tables are slowly turning and showed some enthusiasm about it.

Her timeline has been filled with hints or a major change in her life coming her way and how she wants to focus more on her personal life, because work consumed her.

I need to get my personal life together! My work is literally taking over! Thiza wam 🙆‍♀️

Thuli mentioned how nerve wrecking it is to make those tough decisions and how people often chose to prolong the decision making. “Making tough overdue decisions is nerve racking!” she exclaimed. In all, she asked God to guide her, “Lord I wanna be a part of the goodness you’ve created, please guide and guard me.”

Thuli mentioned that she is highly favoured and that her pockets are never going to run dry. She mentioned how busy her career actually is and was grateful, although she has had enough now and wants to balance her personal life as well.

“3 running campaigns, 2 productions (acting gigs), DJ gigs back-to-back, music on the way, YT soon (mixes and all) and 2 major contracts under my company.”

“I wish I could send GOD flowers, give him half of everything or something! Gratitude does not seem enough for the amount of blessings he’s pouring into my life!” she tweeted.

I need to get my personal life together! My work is literally taking over! Thiza wam 🙆‍♀️

Thuli Phongolo fumbled the bag when she decided to leave The Wife although her departure was marred with controversy with people saying she got fired for having diva antics.

Her departure saw her getting fired from her work as a journalist.

She released a statement where she details what lead to her departure. She first thanked Stained Glass for the opportunity but maintained that it was due to schedule clashes as she has other gigs as well.

“Concerning the allegations that have been made in the media relating to Thuli’s professionalism and work commitment, we vehemently would like to refute them as baseless and devoid of substance.

“It is imperative to note Thuli and the producers of the show reached a mutual agreement to end her role on ’The Wife’ pursuant to them agreeing that the production schedules for continued filming were unsuitable for all parties involved. Her portrayal of Lerato and working with the cast has brought her immense joy and has made an indelible contribution to her growth and career as an actor.”

Thuli spoke highly of The Wife cast, “Happy to be a part of the phenomenon that’s Hlomu: The Wife, enjoying the cast so much! An original, a love story with a twist,” she added. “The support we give each other on ‘Hlomu’ is heartwarming! Thoroughly enjoying working with these formidable actors! My goodness.”