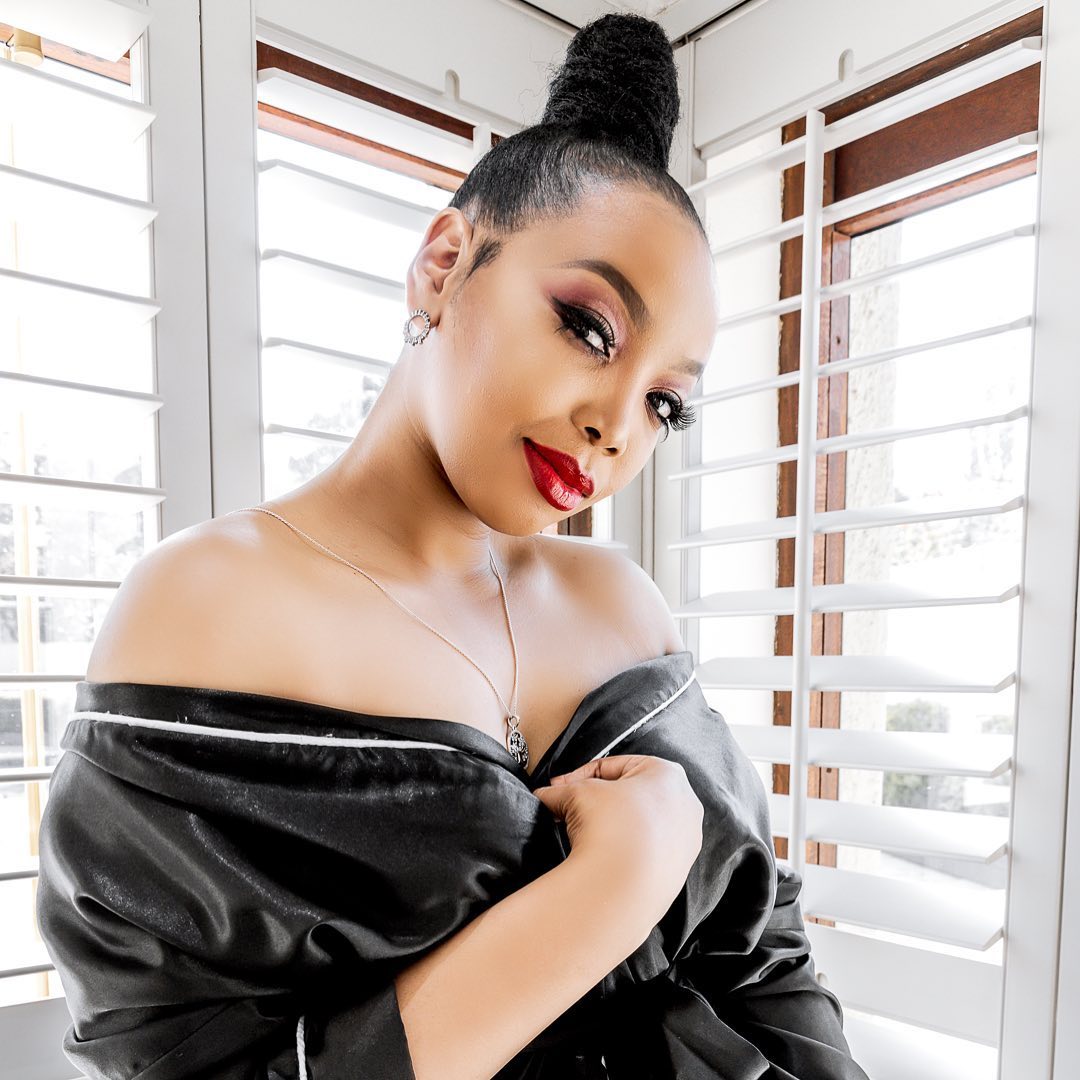 Thembisa Nxumalo took to her social media to celebrate her wedding anniversary with a snippet of herself spending time with her hubby. The star has been very private about her love life since her public split from former lover Athandwa Kani.

Ever since then, the actress has made sure to keep her relationship a secret and even managed to tie the knot privately away from the media.

The actress still maintains her privacy especially when it comes to her husband however, she has recently started opening up a little bit about her marriage on social media.

Taking to social media, Thembisa celebrated her wedding anniversary with a snippet of her loved ones singing a special song.

The mother of three captioned the video forever Nxumalo and wished her hubby a happy anniversary.

The pair seemed to be walking into an establishment, so we hope that we will be seeing anniversary content from the actress in due time.

She wrote: “It’s our wedding anniversary so @vusinova1 and @hushsouthafrica have decided to make it extra special. I’m not crying, you’re crying🥰💍😭💍🥰❤️💃🏾. Thank you so much to the most talented fellas on the continent #CottonAnniversary#ForeverNxumalo”