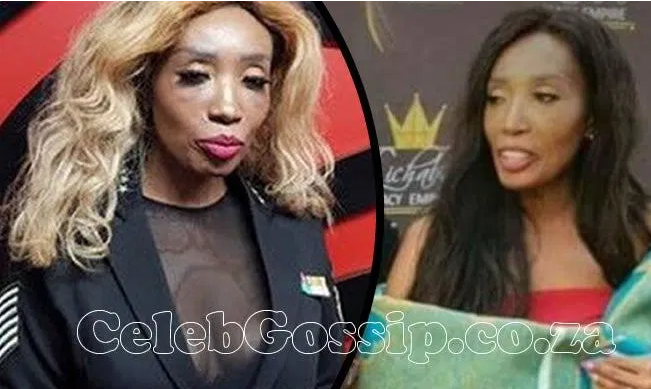 The bad news that Sophie Lichaba had died, took her by surprise, she could not believe her eyes, seeing the rumour trending on social media, that ‘she was no more.’

As in her case, the fake news had already caused disharmony within her acquaintances, associates, friends and relatives.

Actress Lichaba said she believes the people who started those fake news about her are so heartless, and don’t realise how hurtful they may have caused.

“I’ve spoken in public about the fact that I have diabetes. Both my parents had it and I never thought I would get it. But this is now my reality. I was sick, and I lost weight. Yet every day I thank God that I’m alive to see another day. I live for my children,” she said. She added that for her, the main issue is not about the people who reacted in any way to the news and make it trend, but the people who started the rumour in the first place, and their motives.

FRANTIC LOVED ONES
“For some ignorant and inconsiderate person to sit down and say, ‘Let me make Sophie trend’ is unnecessary. It’s not something I wish on anyone – to have your loved ones in a frenzy because they think you’ve passed away.
“My son is in university and he heard from other students. He tried to call me but my phone was off because my battery died. He was frightened when he couldn’t reach me. He eventually spoke to my daughter who put him at ease, saying she had spoken to me and that I was fine.
“I have a friend who collapsed in a boardroom in Cape Town because she saw the trending topic. Another friend called with her husband all the way in Switzerland to see if it’s true. Another friend in Pretoria was in tears when she called, hoping I would answer,” she said.
Lichaba went on to say the people who were hurt the most are her loved ones since they know her health, and what she went through, having been diagnosed with diabetes.
She called on people to be more considerate in the way they conduct themselves and to stop mocking her. “I just wish people can stop playing games with people’s lives. We may be in the public eye but we have families who love and care for us,” Sophie said.

LIVING WITH DIABETES
Sophie has Type 2 diabetes and she has to take medication every day. She has had to work very hard, exercise a lot in order to keep her weight in shape.
“Anybody living with diabetes will tell you that it is not easy. With other chronic illnesses, people have to watch that they take their medication every day. But with diabetes, we must also watch what we eat because eating wrong can lead to one’s death on the same night.
“I’m also not going to stand on a mountain top and announce my illness to stop people from talking about me,” she added.

CAREER MOVES
Sophie is currently shooting season 5 of Lockdown, which will be released early next year.
“We haven’t seen Sophie on South African television in a while. But you could have said the same about Lorcia [Cooper] or Pamela [Nomvete] when we cast them and they’ve both reclaimed their places among the biggest stars in SA,” Lockdown creator, Mandla N, said in a press release. He is currently directing episodes of the hit show and details of Sophie’s character are being kept as a secret for now.

Sophie expressed excitement about her new role. “It feels great. I’m also very excited because it is a very different style to what I’m used to. People often typecast actors but this is very different to anything viewers have seen me do. It’s challenging and exciting, all at the same time,” she said.