Actress Simz Ngema struggling to cope with being famous

Actress Simz Ngema struggling to cope with being famous 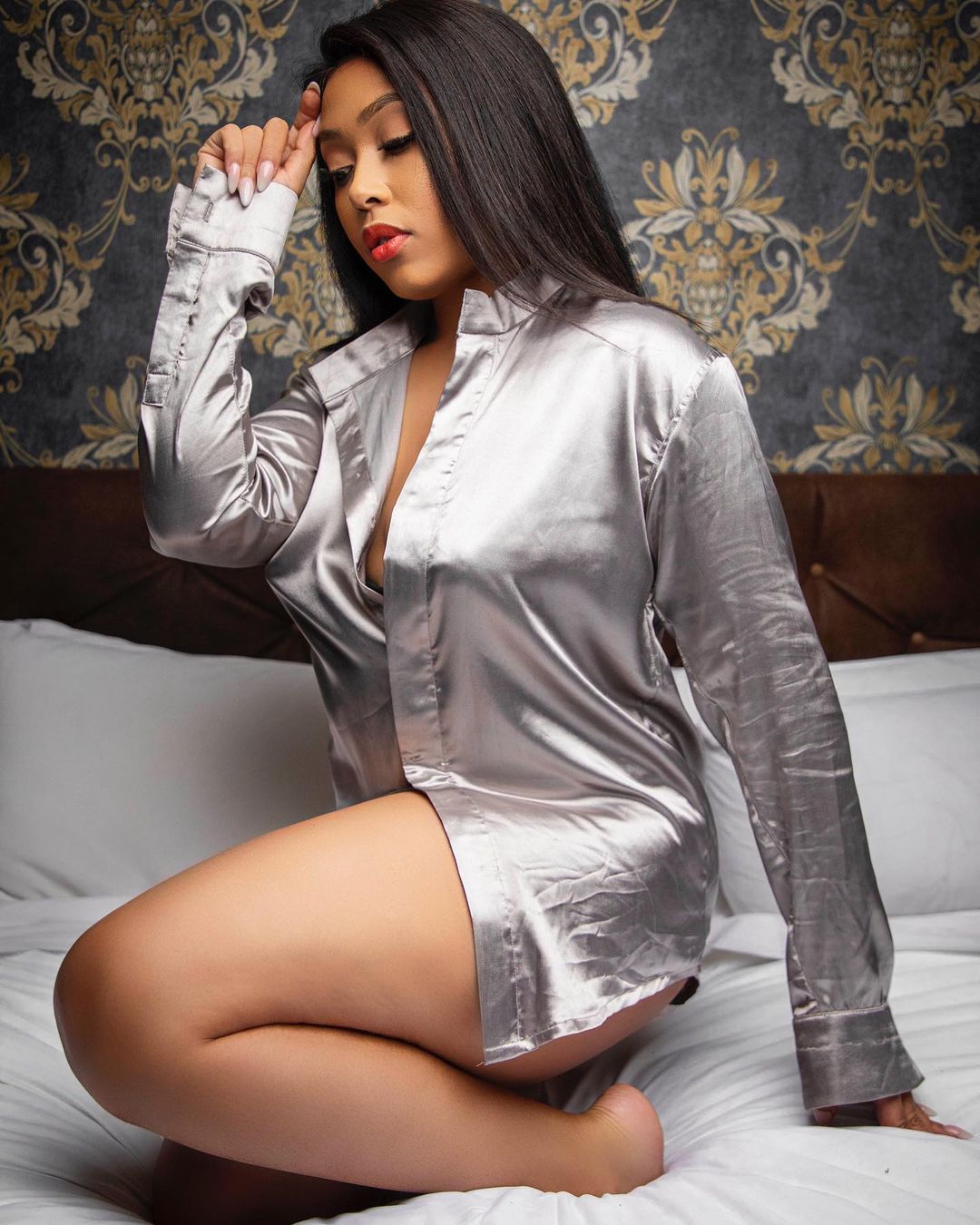 Simphiwe Ngema is tired of the ill-treatment prominent people get as she suffered a great deal of it. Simz took to Instagram and aired her frustrations when it comes to the consequences of fame and how they are subjected to disrespect just for being in the limelight.

“The sad part about being a public figure is that people will bully you and bully on social media and you have to take it and take it and take it. Siyakhathala nathi. If you clap back or reply then it’s an article on some newspaper. Yessess man!” she exclaimed. 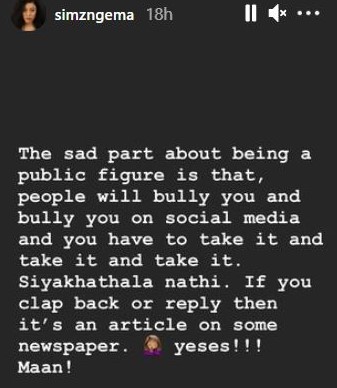 The actress and mother to a beautiful baby boy tries to remain in her own lane and she does that so effortlessly. She has gone through so much and recently had to relive that experience all over again. She lost her husband Dumi Masilela in 2017 months after tying the knot.

On the anniversary of his death, she penned a very sweet note on Instagram directed to herself and it reads: “MaNgema, Dlokovu. I’m in awe of the person you have become. Four years ago, this day broke you and someone new was born. It hasn’t been easy but you’ve conquered so many battles. I appreciate your smile because I know how many times you’ve cried. Today, I choose to celebrate you for living your truth. For being gentle and soft. For believing in love no matter how many times it broke your heart. Let the sun shine in your face. #03August2017.”

Her courage, strength and growth was commended by her followers who also applauded her.

Speaking about her late husband, Simphiwe sat down with Mac G and described the type of man she married.

“Of course, I knew that it was meant to happen the way that it happened. But, I felt like there is no reason good enough for it. I would ask God those questions, what’s the reason behind it? They always say everything happens for a reason but I felt like, what that reason? I didn’t understand but I never lost my belief in God. I think at that time God was the only thing that made sense in my life. It kept me sane,” shared Simz.