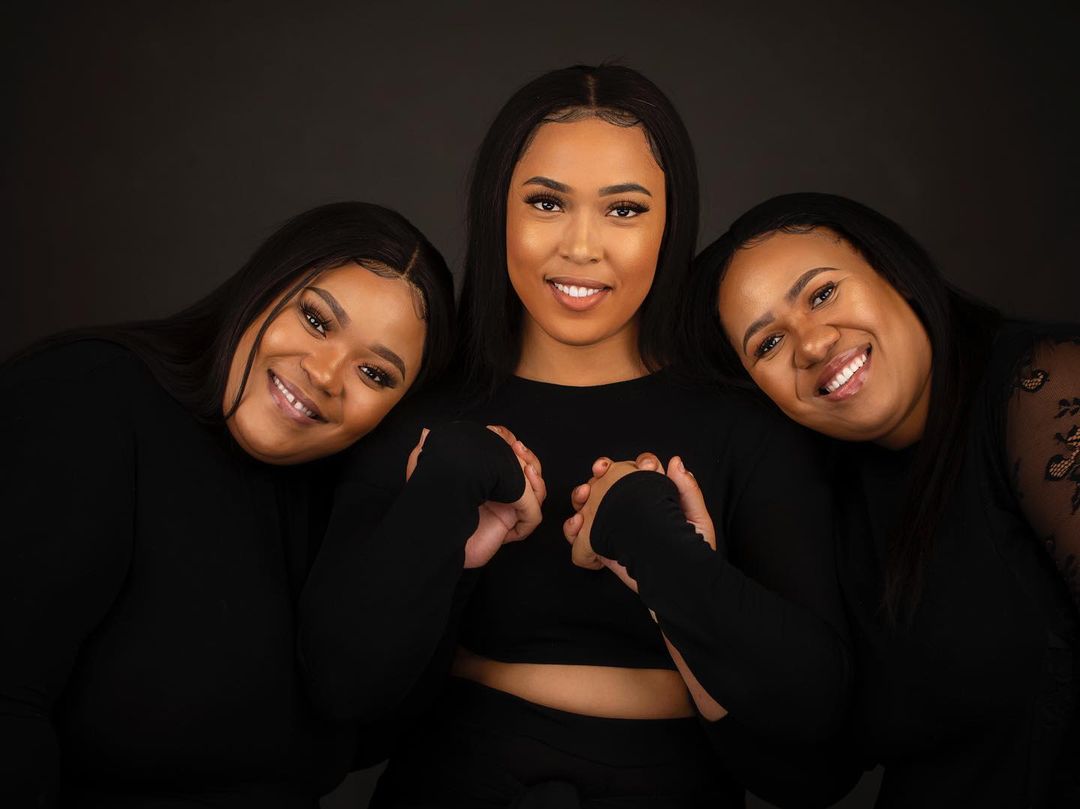 South African actress and musician Simz Ngema has taken to social media to show off her sisters. All of her sisters have children and oftentimes people can’t tell which child belongs to whom and they prefer it that way.

“Kgosi’s mum, Kemo’s mum, and Khumo’s mum. Mama, mummy, and Nani as our kids would call us. There’s always a lot of confusion when it comes to our kids because People don’t know which child belongs to who and we like it that way.” She expressed,

The star adds that people were surprised to find out that Bhuka is her first child as she spends a lot of time with her niece and her nephew.

“People were shocked that Bhuka is my first because I’m so close to my niece and nephew. Truth is, it feels like they are mine because I love them that much. There is nothing I would do for Bhuka that I wouldn’t do for them and I know my sisters are the same.”

Concluding her heartfelt post, Simz said that she is grateful for her siblings and that her parents did an excellent job by teaching them to take care of each other.

“I’m so grateful to have people that always have my back. People that feel what I feel. We are best friends and we do everything together. My parents did an amazing job at teaching us to put each other first before friends. I pray that God helps us raise our kids the same.” She said.

Before her current relationship, Simz was married to late actor Dumi Masilela. Opening up about their relationship to Mac G earlier in the year, the star said that she met him through a close friend of hers.

“Simz met Dumi through a close friend of hers. She had turned down requests to meet him before. “I met Dumi through my best friend Joanne Ryneke. They were friends and she said there’s this guy that wants to meet you. So she calls me and tells me she coming to fetch me. I was still at the SABC at that time. And then she shows up and then we leave. We get to Braam and get out of the car. There are guys that are following us,” she said in part.

Her friend did not tell her about it because she knew that Simz would not come to the date. And as the saying goes – the rest is history.

“We chilled and we spoke. Funny enough Dumi knew what he wanted. He literally just said you are my wife. And I’m like this guy, you are so forward. From that day we were inseparable,” shared Simz.