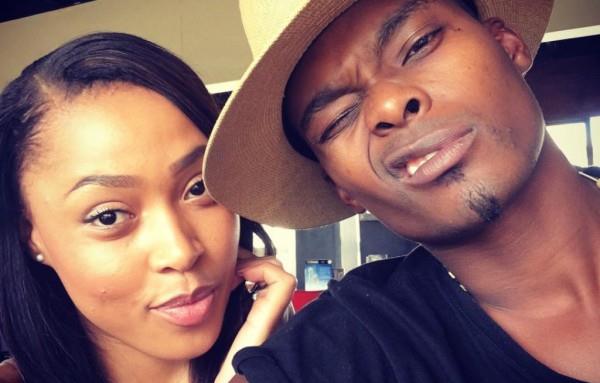 Simphiwe Ngema has been receiving negative feedback since revealing her new lover and child’s father, Tino Chinyani. Ngema, a South African actress best known for her role as Thuli Nkosi in the popular SABC2 soapie Muvhango, was married to Dumi Masilela, an actor best known for his role as Sfiso Ngema in the renowned Etv soapie Rhythm City.

Masilela was kidnapped and slain by four men in Tembisa in December of the same year they married. Simphiwe was so in love with Dumi that she mourned his death for more than two years, despite the fact that she just disclosed her boyfriend last year. Many people lambasted her once she revealed her boyfriend, claiming she didn’t even take the effort to move on. 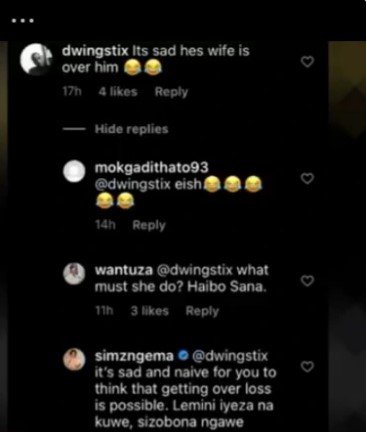 Dumi’s birthday was yesterday, as did the commencement of his trial. Zalebs, an Instagram page, went to their page to wish Dumi a happy birthday and provide an update on his situation. People were noting how much they missed him, but one social media user wrote, “It’s unfortunate that his wife is over him,” along with laughing emojis.

Simphiwe did not remain silent this time and replied to the remark, breaking the hearts of many people. Many individuals agreed with him and backed up her statement.