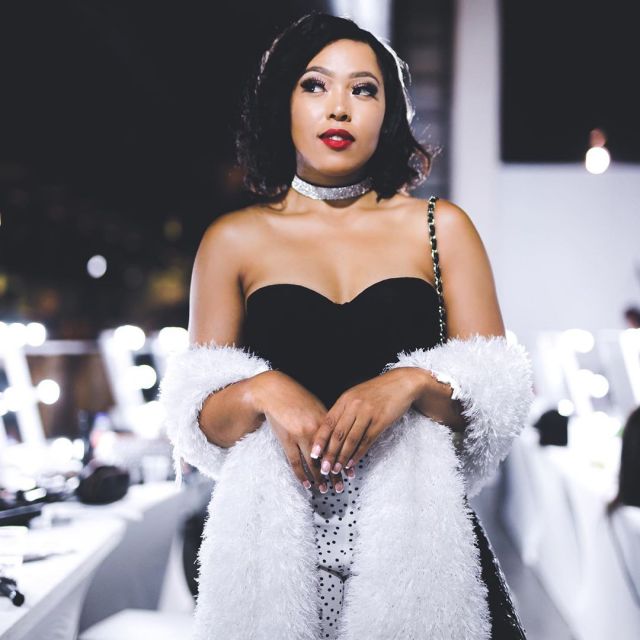 Our fave Simz Ngema recently sat down with Mac G and the Chillers on Podcast And Chill and she opened up about her late husband Dumi Masilela. He passed away after being shot during an attempted hijacking in 2017.

“When something as tragic as what happened to your late husband, don’t you question God and be like why did he do that? I mean you were just married for two months?” Asked Mac G.

“Of course, I knew that it was meant to happen the way that it happened. But, I felt like there is no reason good enough for it. I would ask God those questions, what’s the reason behind it? They always say everything happens for a reason but I felt like, what that reason? I didn’t understand but I never lost my belief in God. I think at that time God was the only thing that made sense in my life. It kept me sane,” shared Simz.

“A lot of people be like how did you get up on stage and sing and all of that. And I was like because, at that moment, everything was so heavy in my spirit. The only thing that made sense was God. I’m a Virgo, I’m a perfectionist and I like planning and I like doing things by the book.” She continued.

After Dumi’s untimely death, Simz felt that – for the first time in her life -she had lost control of everything. “I’ve done that most of my life and here’s something that I didn’t have control over. Something that I couldn’t maybe pay for, for it to go away. There was absolutely nothing I could do about that situation. So the only thing I could do was look up to God.” She added.
“Simz met Dumi through a close friend of hers. She had turned down requests to meet him before. “I met Dumi through my best friend Joanne Ryneke. They were friends and she said there’s this guy that wants to meet you. So she calls me and tells me she coming to fetch me. I was still at the SABC at that time. And then she shows up and then we leave. We get to Braam and get out of the car. There are guys that are following us,” she continued.

“I knew you wouldn’t come if I told you there’s two other guys that are following us,” her friend told her. And as the saying goes, the rest is history.

“We chilled and we spoke. Funny enough Dumi knew what he wanted. He literally just said you are my wife. And I’m like this guy, you are so forward. From that day we were inseparable,” said Simz.