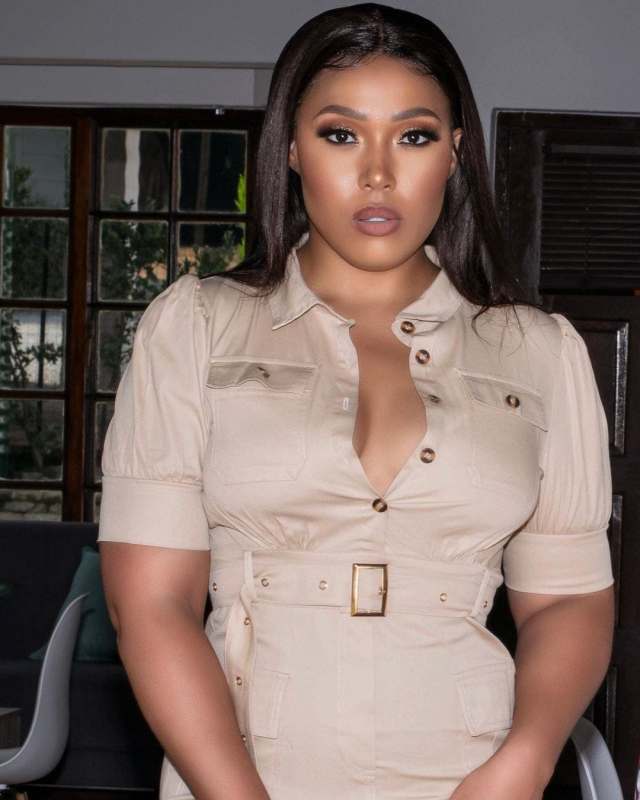 Simphiwe Ngema has opened up about her difficult pregnancy saying she almost lost her life. Pregnancy is a beautiful experience for many women but the dangers of it, takes the excitement out, to a certain extent.

The sleepless nights are sometimes caused by the uncomfortableness of their bulging bellies, but for almost every expectant mum, they are caused by fear which results in endless prayers.

These are the sentiments Simphiwe shares, and she reveals that she almost lost her life due to complications with her pregnancy. Simz also added that she had negative thoughts of losing her life but her family got her through it. She breathed a huge sigh of relief when her bouncing baby boy came to this world in July 2020.

“It’s still so unbelievable that I carried a whole human being. I had the most difficult pregnancy ever! At some point I didn’t think we were gonna make it. I remember my dad saying, “They better get that baby out, before he kills my baby,” but God had us,” she shared. 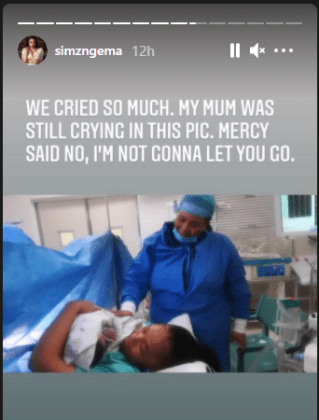 In another post she revealed how emotional her parents got and how she and her mother cried their eyes out. “We cried so much. My mum was still crying in this pic. Mercy said No, I’m not gonna let you go.”

Simphiwe even opened up about her weight loss journey saying it has not been the most easiest of rides but she is taking it slowly, one sip of green tea a time. “Yes losing weight after pregnancy is difficult but when I look at my miracle baby, I am so grateful and I am reminded that God exists,” she wrote. 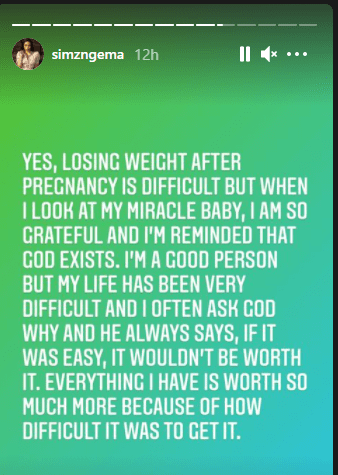 Simphiwe then added that she is a good person but has not had it very easy in life, I’m a good person but my life has been very difficult. I often ask God why, and he always says if it was easy it wouldn’t be worth it. Everything I have is worth it so much more because of how difficult it was to get it,” she shared.

It is safe to say that Simphiwe had the most shocking pregnancy reveals ever and she said it would not have been shocking, had the media dug deep enough.

During her sit-down interview with the Cent Twinz YouTube podcast, she suggested that the reason she managed to keep her pregnancy private was due to lazy journalism, considering that she did not stop living her life- she just did not post her pregnancy.