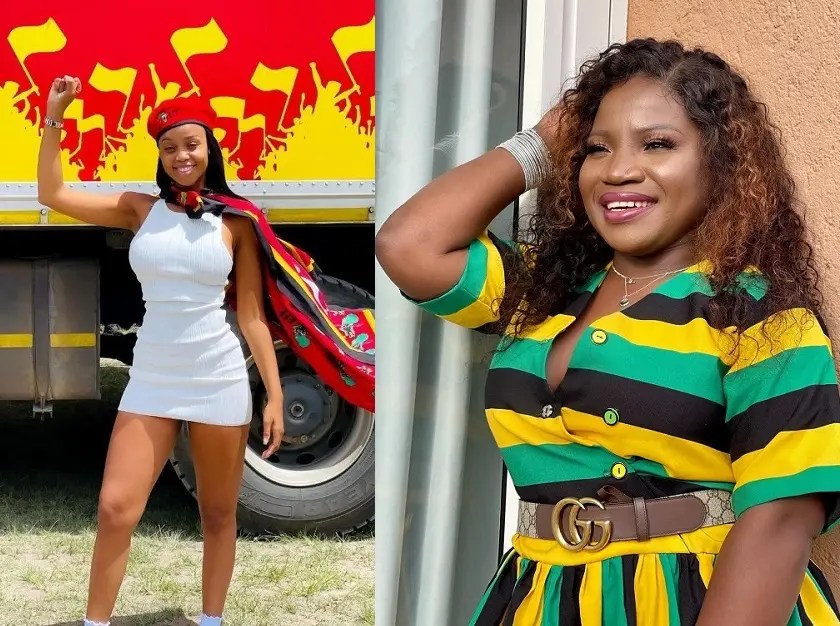 The mother of one has made herself available for anything pertaining to EFF, and she goes as far as sporting the party publicly.

However, Makhadzi got dragged in the mud this Monday morning over supporting ANC, as she was seen performing at one of their rallies and also rocked a cloth in the party’s colour.

Some observants called out others for dragging the singer, excluding the actress.

While those who dragged the singer returned to social media to defend themselves.

See below how tweeps went fback and forth over the two female celebrities.

Someone who compares Ntando Duma situation with EFF to Makhadzi, Shimza and Monada with ANC is a serious domkop. If you are dating such a person you should reconsider your life choices. pic.twitter.com/rHMC5DPa9D

Did we ever complain about Ntando Duma for wearing EFF clothes? So why shld hypocrites complain when Makhadzi wears ANC colours? EFF clowns do not understand democracy bcz all they do is to follow personalities plz educate urselves first abt the right to freedom of association

#Makhadzi is on a different level to *Ntando Duma*. I think the 'criticism' stems from the fact that someone with her star power and success shouldn't be associated with a party that has become polarizing and as a result could potentially harm or dent her brand. We ♥️Makhadzi.