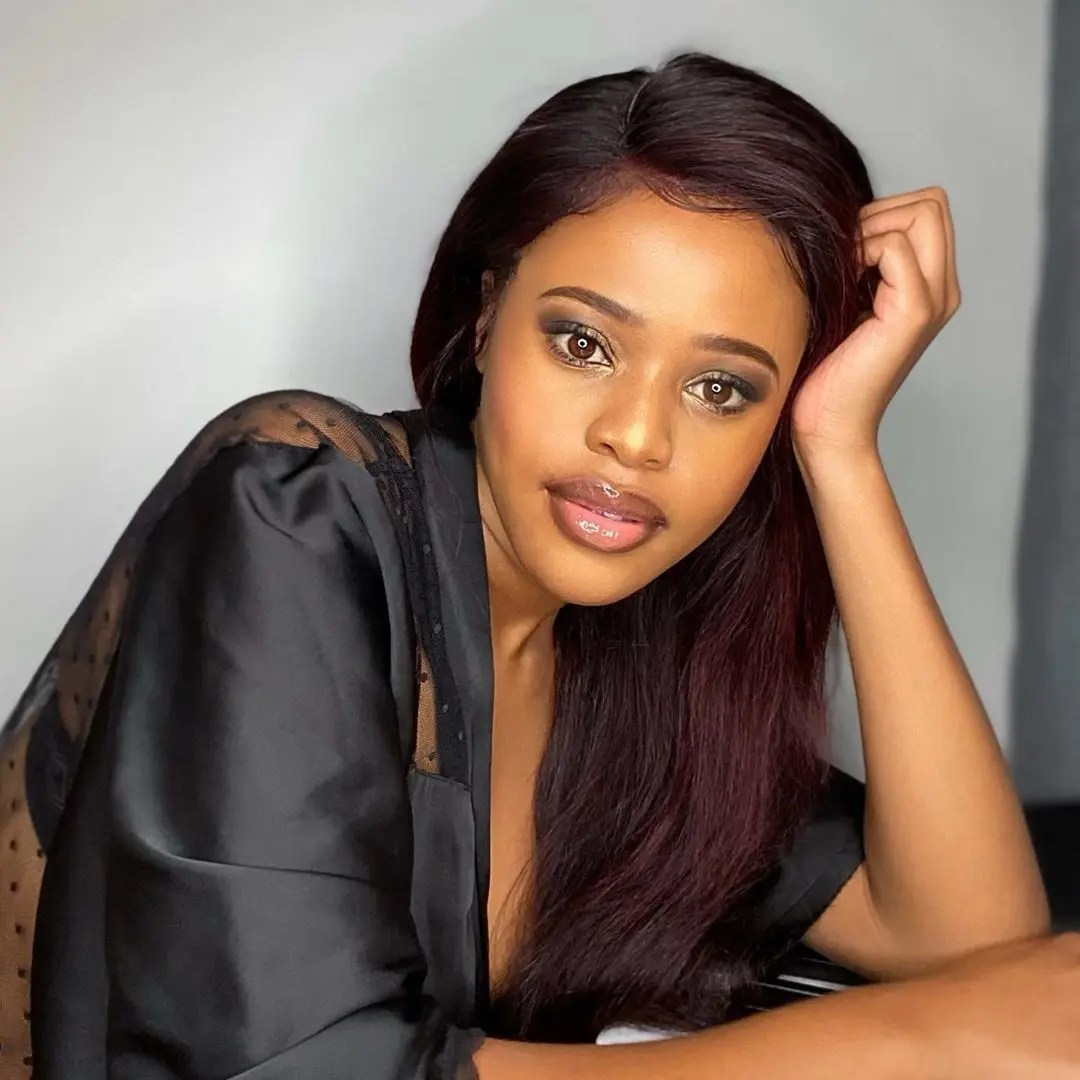 Despite giving rehearsed and flat answers, MacG cornered Natasha Thahane, who later roasted Ferguson Films and revealed why she dumped the Mzansi Magic drama series in the eleventh hour.

No doubt, MacG’s podcast has fast become one of the most followed podcasts in Africa. Well, when one sets a reminder, you will probably expect your jaws to drop, but that was not the case with his recent interview with Blood and Water actress Natasha Thahane, who pulled a Kelly Khumalo show.

She gave flat answers, which literary killed the vibe of the show. However, in the mix of things, MacG asks why she left The Queen despite having a fair share of fame from the Mzansi Magic’s drama series.

Thahane made all sorts of headlines when cast as Amogelang on the second watched Mzansi Magic telenovela. She temporarily left her gig in the mix of things when she went to the United States of America for her educational studies.

In the wake of her return, she was recast on The Queen, but alas, she pulled a shock when she dumped the drama series.

Reasons behind her exit were kept under wraps, but it seems as if she has been open enough to talk about it of late. The 25-year-old actress revealed that at The Queen, there was nothing for her to learn. However, she made it clear that she was used to the same old routine that wasn’t paving her career.

In the mix of things, the actress even credited Skeem Saam for thrusting her into the limelight and being privy to her unmatched talent because of its cast and working conditions. Despite just mentioning her road to fame, Mzansi managed to connect the dots. Thahane isn’t the first actress who have dumped the Ferguson Films because of their working conditions.

Recently Cindy Mahlangu also dumped the show, and rumour has it that she had a fallout with the showrunners. Moreover, The Queen once trended for mistreating its cast, and Rami Chiume was fired for demanding working conditions by Fergusons Films.

Watch the video below, jump to 46 mins: