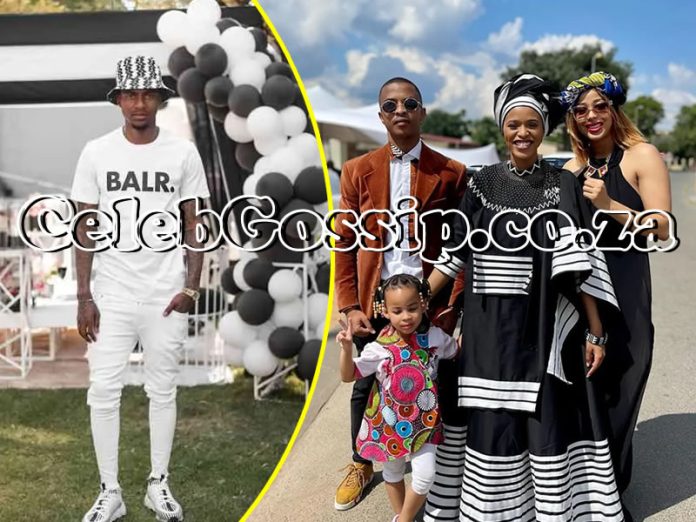 Natasha Thahane and Thembinkosi Lorch have been the talk of Mzansi and gossip blogs since the two started dating. Over the past months, the two lovebirds were rumoured to have broken up after welcoming their child into the world. However, this weekend, all clues point towards the fact that Natasha Thahane and Thembinkosi Lorch got married over the weekend.

After sparking rumours of cheating and break ups, Natasha Thahane and Thembinkosi Lorch now have fans believing they have privately tied the knot. The actress shared photos of herself in traditional wear which has led many to believe that she got married over the past weekend.

The two have been in an on-and-off relationship since 2019, and they tried hiding their relationship. in the beginning, they were spotted on vacation together. The two went public with their relationship and used to post videos of them together riding in the car or on holidays. In early 2022 Natasha Thahane shared that she was pregnant and later welcomed her child with Lorch into the world.

While fans were still celebrating that the two were now parents, news of a breakup began circulating. The two did not comment on the rumours, but news later broke that the reason for their separation was that Lorch was not ready for commitment. The actress was rumoured to have been prepared to get married, but her boyfriend was not prepared.

However, this news has been rubbished after pictures surfaced on the internet, and Natasha Thahane is rumoured to be now married. South African actor Oros Mampofu shared a photo that he captioned Family weekend on his Instagram. In the picture, he was with Natasha Thahane, dressed like the perfect Zulu bride. Many comments in his comment sections congratulated Natasha on her new title as Mrs Lorch.

This comes after speculation that Lorch is Natasha’s “baby daddy”.

WHAT YOU NEED TO KNOW ABOUT THE PAIR

The Blood & Water star and Lorch first sparked romance rumours in June 2021. This was back when the pair were spotted on “baecation” in Zanzibar. However, the duo has since been dribbling Mzansi with their on-and-off romance.

The pair’s relationship status remained unknown for months until Natasha surprised Mzansi with her pregnancy announcement in March this year. The actress is believed to have given birth towards the end of April. This was amid uncertainty regarding the identity of the father of the child.

Despite the mystery, many were convinced Lorch is indeed the “baby daddy”. This was after Lorch and Natasha both shared their Instagram Stories of the same location where they appeared to be on vacation together in June this year.