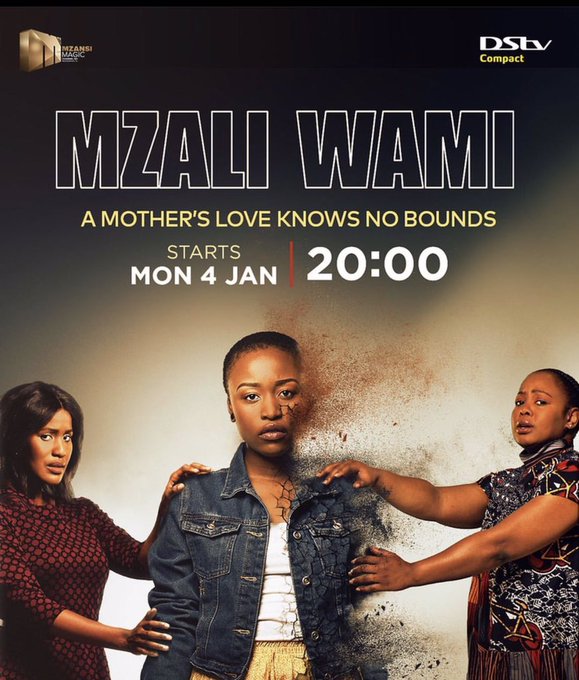 Mabangeni will play the role of Joyce, a woman whose child Ntokozo gets stolen at birth, only to later cross each other’s paths when a human trafficking syndicate that will shock Mzansi.

Mbebe will play Terror, a businessman who Joyce later discovers is not a person she thought he was.

Mpangase plays Ntokozo, a girl who gets entangled in an elaborate human trafficking ring involving her biological mother.

Taking to Twitter on Tuesday, Mbangeni shared the exciting news with her fans, she wrote: “We worked really hard. I hope you all enjoy!”

We worked really hard . I hope you all enjoy! ❤️ pic.twitter.com/7tc9NXJGeG

I was rolling on the floor ePark Station for this show during a pandemic! Y’all better watch it pic.twitter.com/svKos344SC

The “Legacy” actress also shared the trailer and judging by the reactions on Twitter fans can’t wait for this thought provoking drama series.

Commenting on the show, Ranaka says: “We are fortunate to be working with industry heavyweights such as Masasa and Mbebe to bring this drama series to life in a story that will hopefully contribute to the plight of human trafficking victims in a country where this crime has been a problem.”

Echoing Ranaka’s sentiments, Nomsa Philiso, the Director of Local Entertainment Channels at M-Net, says: “Mzali Wam is set to be a thriller that will introduce viewers to the inner workings of a human trafficking syndicate, through the life of a young Ntokozo, in a story that will resonate with many South Africans.

“From the star-studded cast to the exceptional storyline, viewers will find themselves on the edge of their seats with every episode.”