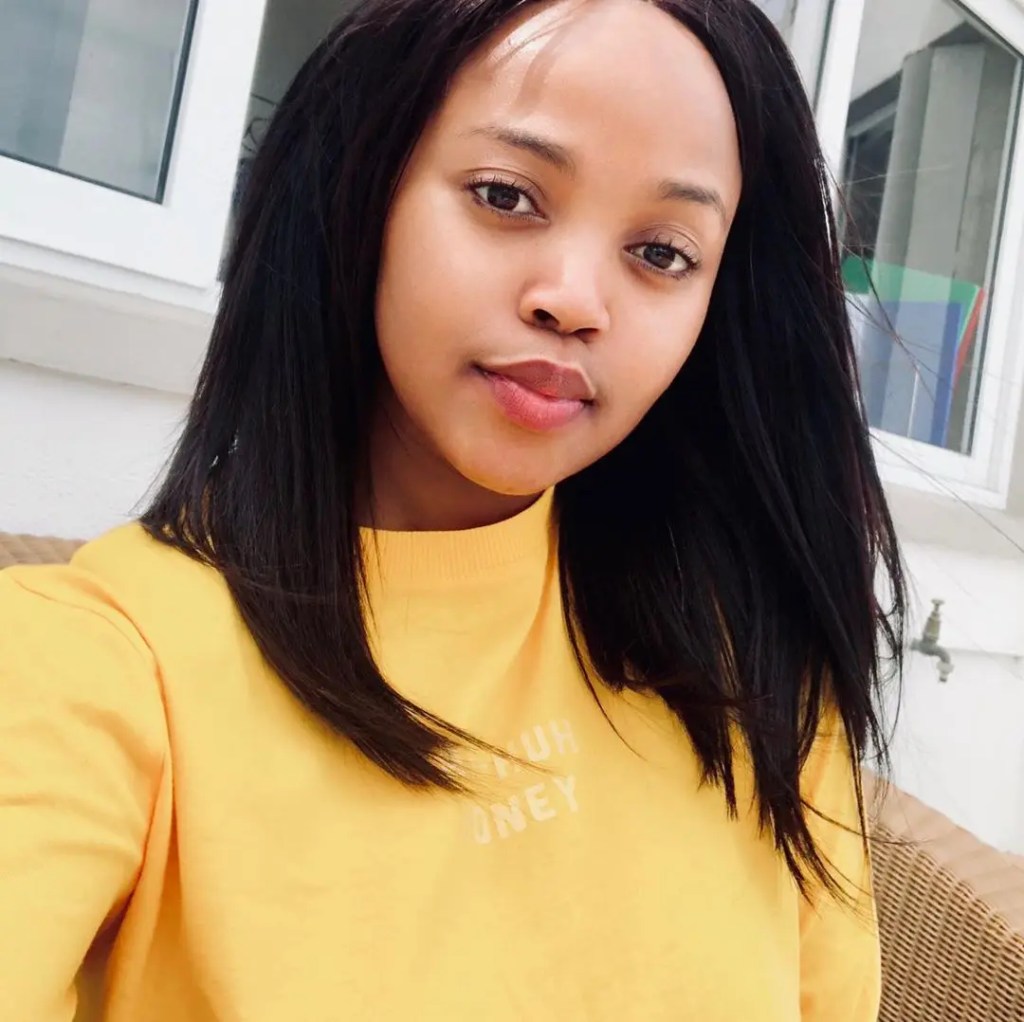 Actress Luyanda Mzazi is popular for playing the role of Lesedi on Generations The Legacy, an orphan adopted by the Diale family hence named Lesedi Diale. Lesedi’s character I heading for an exit on Generations The Legacy, another exit after the recent permanent exit of Kay Sibiya, who played the role of journalist Siyanda Khoza who left to play a role on The Wife: Hlomu series.

On Generations The Legacy, Lesedi is adopted by GogFlo into the Diale family; she fell in love with ‘Crazy J’ Jerah Moroka, a spoiled Moroka cousin. She gave birth to Banele Moroka, who she was forced to surrender at the Rustenburg Moroka family.

She joined Fly News as an intern in a mission to find financial independence through her link to the Moroka family. Over the storyline, Lesedi stirred drama at her workplace when she advocated for salary equality, which nearly cost her job.

She recently lost her biological mother to cancer and realized that she carries the cancerous gene. Caught between a rock and a hard place, Lesedi decided to be proactive and undergo breast removal surgery to curb the possible spread of cancer.

Actress Luyanda Mzazi is set to leave Generations The Legacy through breast surgery, and her absence in the premiere of Generations Season 8 on 22 November fuels permanent exit speculation.

The significant cast addition on Generations The Legacy is Lelethu – the role played by Yonda Thomas. The Lelethu character is a journalist who sets to replace Siyanda Khoza; he is a ladies man, he moves from woman to woman raising suspicions of Detective Dali Malinga.

The last time Lesedi disappeared on Generations, she was on maternity leave, giving birth in real life and on-screen, and she reappeared with Banele in her arms. Did she leave to join another soapie cast? The Uzalo or Gomora cast can use her acting skills to boost viewership with an actress of her calibre.