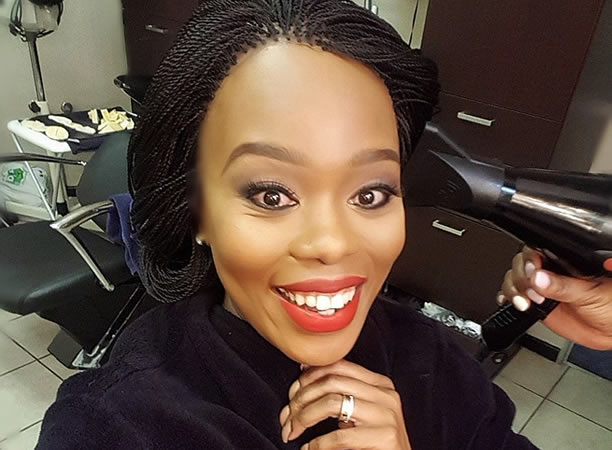 The talented actress is set to exit the show after a five-year run.

She said being part of the show has been an honour.

“What a journey and a ride it has been. Five years ago I took on this queen, Boniswa Langa, who cared about nothing else but the well-being of her family. Little did I know she would evolve into the cold and calculated villain that our audiences have come to love-to-hate,” she said.

The actress further said she loved and enjoyed every single moment playing Boniswa.

“From getting to know her right through to becoming her as I searched deep within to find this queen of darkness, her strengths, her fears, her motivation, I found so much more within. I found me, my own light and I am proud to walk away knowing that no one can ever take that away from me,” said Lusanda

Taking time to thank her team from Scandal! she said

“To the Scandal team, you have been amazing. I can only speak to the universe and trust that it will conspire in my favour to bring me an alter-ego as life-changing as Boniswa and a family as beautiful as you,” she said.

The show also released a statement and thanked Lusanda for her excellent work and wished her well.

“Lusanda is a true professional with an amazing work ethic, exceptional talent and a strong sense of caring for her colleagues and the wider society, as the founder of the movement Zazi Zithande Zithembe that celebrates and honours women. We have loved what the character Boniswa brought to Scandal! but all things come to pass and we embrace new beginnings. We wish her nothing but the very best for her next great adventure.”