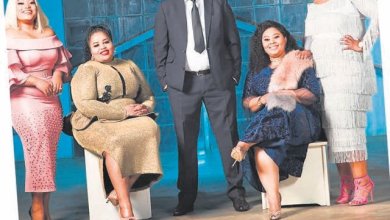 Presenter and reality TV star, Musa Mseleku is looking for a fifth wife.

And she should be well-educated, smart and independent.

But she must not be a feminist.

“She should be a lawyer, doctor or academic. I need an independent thinker, someone who is financially independent with her own views. She must be prepared to give me more children,” said Musa.

He said he wanted to have 20 children.

“This means I need at least seven wives in order to achieve my goal.

“At the moment, two of my wives are in support of my dream while two are against it. I will not be discouraged. I know I will fulfil this goal in good time,” he said.

Speaking about the return of the fifth season of Uthando Nesthembu, Musa said his children would speak more in the upcoming season.

“This is going to be the most exciting season because my children will also get to express themselves more. They have grown and are able to speak their minds. They get to tell me how they feel about polygamy,” he said.

He said that he had grown as a polygamist.

“I thought I knew everything about polygamy but over the last few months, it has shown me flames. In this coming season, people will get to see that in polygamy, not everything is black and white.

For example, you might think you’re treating all your wives equally while they don’t feel the same way,” he said.

One of the wives, Thobile MaKhumalo Mseleku, said this season will show more growth and challenges from their side.

She said she supports Musa’s idea of getting another wife.

“I have no problem with him getting another wife as he has proven that he’s capable of loving and treating us all equally.

“Under his wing we haven’t lost our identities. Instead, we are independent, we are not oppressed and we have our own opinions.

“To him nothing matters except his family. Therefore, I wouldn’t be intimidated even if he marries a doctor or scientist,” said MaKhumalo.

“Season five picks up with the wives reuniting to fix their issues and explore what led to them in the first place.

“Mamkhulu takes the lead by organising an all-girls trip.

“But will this have the intended effect or only sow further seeds of division?

“This does not mean Musa is off the hook.

“He is taken to task by his wives for his own shortcomings, such as his inconsistency and lack of truthfulness when it comes to how he deals with them,”she said in a statement.

She said the show will continue to explore each woman’s storyline from MaCele’s intention to move out of the homestead, MaYeni’s journey as a gogo to MaNgwabe trying to heal her shaky marriage, and MaKhumalo navigating her fertility issues.

Uthando Nesthembu returns on 16 September at 8.30pm on Mzansi Magic.