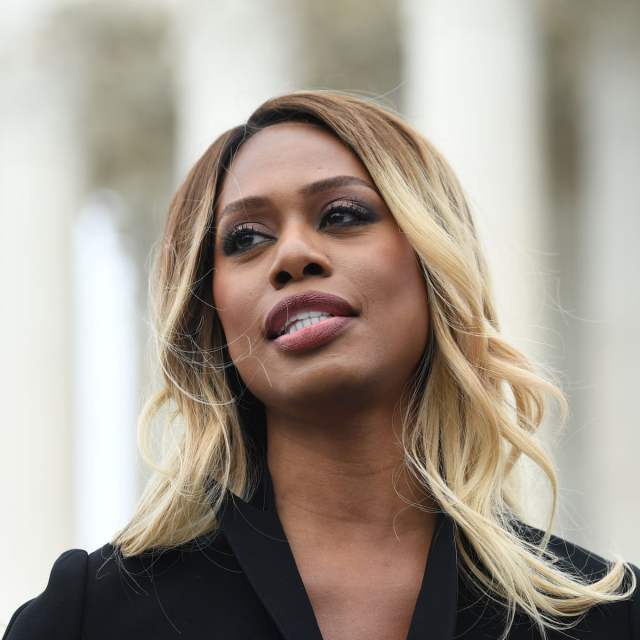 Laverne Cox is “in love again”, after falling for a mystery man around six months ago.

The “Orange is the New Black” star has confirmed she is in a new romance with a mystery man she met last year, as she insisted she “feels amazing” after embarking on a romance with him six months ago.

She said: “[Found love in 2020] almost sounds like a punchline, but, yeah, Laverne is in love again, it feels amazing. Love is an incredible thing. It’s literally this chemical thing that’s awesome and he is a really great guy and I didn’t expect it.

Laverne revealed the pair met half a year ago, and began to use the word “love” around each other in November.

She added: “We have been hanging out for six months and we went really slowly. So, the word ‘love’ sort of happened around November/December. So, yeah, it’s been six months, I guess.”

And the 48-year-old actress is particularly happy about her new romance, because although her mystery hunk has “never dated a trans woman before”, he’s been incredibly supportive of her journey and loves her for who she is.

The “Disclosure” star also opened up on dating as a transgender woman, as she said it can be hard for her to find men who understands that “trans women are women”.

Speaking on “The Ellen Degeneres Show”, she said: “This guy [that I am dating] has never dated a trans woman before.

“So, the men that are attracted to women, people think they are gay. And if you are a straight man, you don’t want people to think you’re gay. A lot of times they don’t want to disclose or want to let anyone know.

“I wish we were in a different place, but we are just not here yet. We need a guy who is probably famous and articulate to be able to talk about this.”