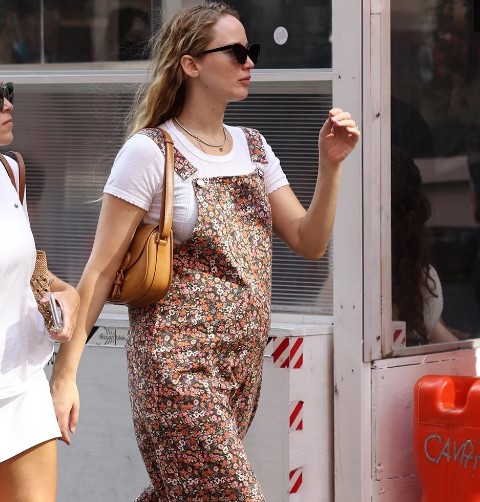 Lawrence and Maroney were first linked in June 2018 and the star and the art dealer, 37, were engaged the following February.

In June 2019, Lawrence called Maroney “the greatest human being I’ve ever met” while speaking on Catt Sadler’s podcast, Naked with Catt Sadler.

He really is, and he gets better,” said the Silver Linings Playbook actress.

When asked why she chose to marry Maroney, Lawrence continued, “I don’t know, I started with the basics: ‘How do I feel? Is he nice? Is he kind?’ ”

“It’s just — this is the one, I know that sounds really stupid but he’s just, he’s — you know. He’s the greatest person I’ve ever met, so I feel very honored to become a Maroney,” she added.