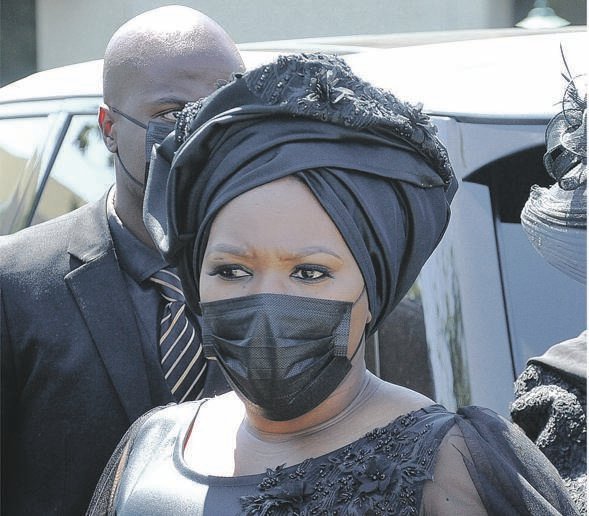 GUGU Gumede has committed herself to serving the NFP, founded by her late mum Zanele Magwaza-Msibi.

Addressing scores of supporters for the party’s manifesto launch in Nongoma, northern KZN, on Sunday 10 October, the Uzalo actress said she would go anywhere the party needed her to be.

“I will be first to clear this up, when I am here, I am not MaMlambo but a proud NFP member. This is the party that was led by a leader without a single corruption mark against her, a true definition of a leader,” she said.

Gugu thanked supporters for not giving up when the party was disqualified from the 2016 local government elections due to its failure to pay IEC fees. She said she appreciated the loyalty members had showed her mum and the party.

“Seeing you here really brings me so much joy and lot of emotions because I believe my mother left very early without seeing us getting back what we lost when we were intentionally disqualified from the 2016 elections,” she said.

“We are going to vote and we will vote for the NFP. We will get everything that belongs to us. For five years, the Zululand District Municipality has failed to deliver basic services.

“Our time has come to take over where we left when we lost power.”

Gugu said her mother’s spirit would fight with the party and guide it all the way. She said her mum had a fighting spirit when she was still alive and she believed she had gained even more power as an ancestor.

“Go out and do it for Njinji. If you need me, I am available and I can go anywhere you need me. We can’t let Njinji’s legacy die,” said Gugu.