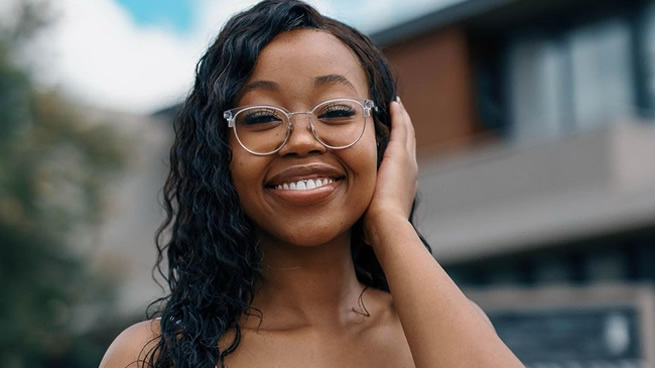 The MTV presenter will be the first black actress globally to play “Betty” in the “Ugly Betty” franchise.

Titled “uBettina Wethu”, Metsileng, better known as Pharaofi, will will play the lead character Bettina Sikhakhane along with Zweli Dube as the charismatic Dingaan Jiyane; Tsholofelo Mashishi, as the matriarch of the family Linda Jiyane and Lesego Tlhabi aka Coconut Kelz as the bubbly Zaza Moloi.

Set to air from April 5 on SABC1 and video streaming platform Viu, the dramedy is produced by Known Associates Entertainment, with Tshepiso Sello Phiri as producer.

The series will follow the journey of Bettina as “a wholesome, intelligent, but gawky, people-pleaser with a dated, unsophisticated sense of style, who finds her self-worth and image challenged when she is employed at Nubia – a brand management company, a place where at times people value image over substance”.

“uBettina Wethu” boasts a cast of familiar faces and an exciting selection of new talent.

“We wanted to cast the net as wide as possible and in order to give a fair chance to talented actors and actresses who may not usually have access to agents or auditions,” Phiri said.

The show’s casting director, Ayanda Sithebe, said: “We are currently experiencing an outcry of young aspiring actors through social media discussion vehicles such as #OpenTheIndustry.

“Young talent often does not have accessibility to the industry and an opportunity to audition. Considering the above, the mandate from the producers was very clear to me – to find balance in casting experienced actors and also young fresh talent.”

“We are very proud to call ’uBettina Wethu’ our own as SABC1; the production value is astounding and is a great fit for our growing brand. This first ever simulcast with Viu is breaking new ground and we are glad to be part of broadcast history in the making.”

“uBettina Wethu” will simulcast on SABC1 and Viu every Monday to Wednesday at 7.30pm from April 5.