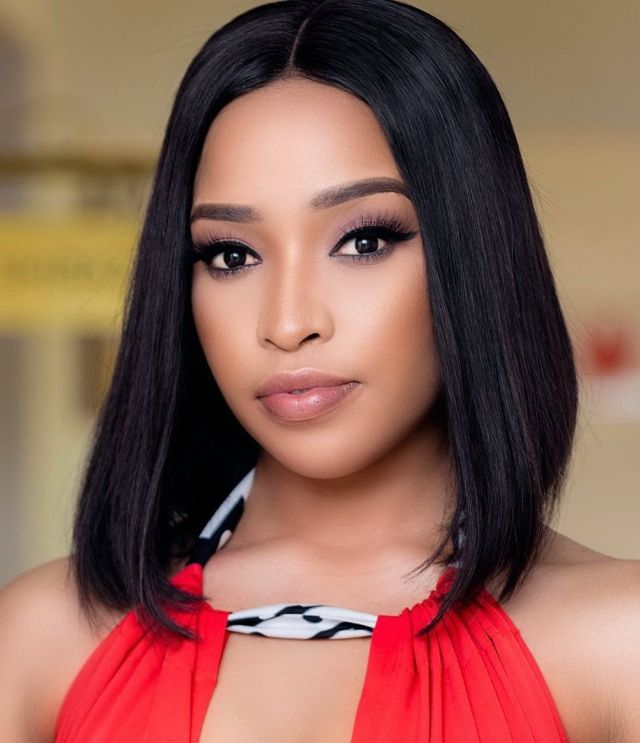 Media personality, Cindy Mahlangu is currently trending for allegedly snatching another woman’s boyfriend after her ex-boyfriend, Bongani Zungu was snatched from her by a 19year old woman

Her current bae who is Nigerian was apparently dating YouTuber, Vicky Jonas when the actress secretly started dating him. Jonas shared this with her followers: “I see a lot of shxt happening but I choose to keep quiet…”

The actress and her former soccer-bae have been trending for all the wrong reasons since they made their relationship public. Zungu also got suspended from playing soccer for breaking lockdown rules to go to a party, where he met a 19 year old girl and cheated on Cindy with her.

An image of Zungu kissing a white woman surfaced on the net with the caption “mad couple” exposed Zungu.

Here were some comments from Zungu and Mahlangu’s followers:

“Bongani Zungu struggling with game time but still breaks the Covid-19 rules and goes partying smh. His time at Rangers will soon come to an end.”

“I can’t believe Bongani Zungu is cheating on Cindy bathong ”

“So Bongani Zungu is also cheating on Cindy Thando 😩💔 ”

“Cindy knows that Bongani belongs to the streets, this wont shock her. one thing about Bongani Zungu, he gon cheat.”

“This is not the first time the soccer star has been exposed for cheating. He broke up with his fiancee Khanyi Cele after she exposed his cheating ways in a video.”

“Who knows maybe the woman is just a friend because him whenever Cindy posts something on social media Bongani is quick to shower her with compliments. This latest inicident is no different.”

Zungu also cheated on his ex-fiance, Khanyi Cele who ranted on an Instagram Live about Bongani’s cheating. The soccer player also shocked tweeps when it was revealed that he allegedly asked for his lobola back after splitting from his ex-fiance. It is unclear who he cheated on Khanyi with as he began dating the Blood and Water actress after his split with his fiancé.

Fans of the actress are wishing her happiness in the future as her career is blossoming but her relationships are a mess.

Mahlangu previously bagged a role on e.TV soapie Scandal where she played the role of Violetta Mamba who was having a fling with her husband’s right-hand man. She also returned to The Queen after exiting Scandal and also the role of Zama Bolton in Netflix’s Blood and Water 1&2.