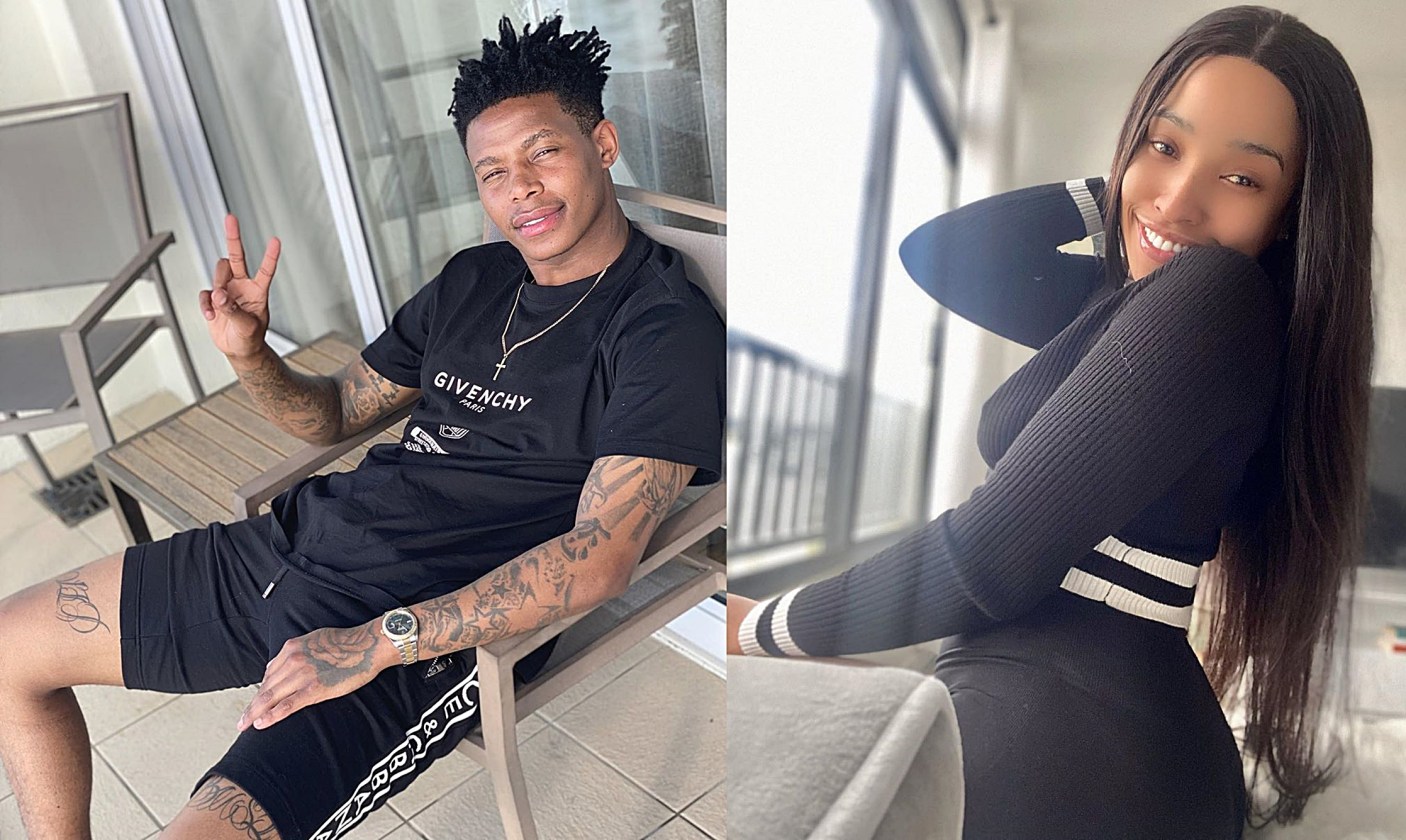 The lovebirds, who have been very secretive about their relationship, have recently been posting photos of each other on social media.

They also recently posted a video of themselves chilling with Bongani’s mum.

But their relationship was only confirmed after they both shared a video of themselves kissing and Cindy referring to the international soccer star as babe.

And in the video, Bongani can be heard saying: “The way you are so beautiful, I feel like strangling you.

The rumours that they were a couple began in August last year when they started exchanging sweet and flirty messages to each other on social media.

But the relationship has not been all rosy, as it has been shaken up by cheating allegations.

This comes after a photo of the soccer star with another woman surfaced on social media. Despite this photo trending, the couple continued to show each other love.

In a recent Instagram story, the football star shared a short clip of himself and Cindy looking intimate. He also tagged Cindy in the post.

The couple initially poured cold water on claims they were dating, Natasha and Lorch have since cosied up to each other and have been posting each other on social media.

On Lorch’s birthday, Natasha sent him a sweet message and said: “May God continue to protect and guide you all the days of your life. Wishing you many more years of happiness, love, peace and full access to heaven’s resources. I admire and respect who you are. I love you, Mr Beke le Beke.””