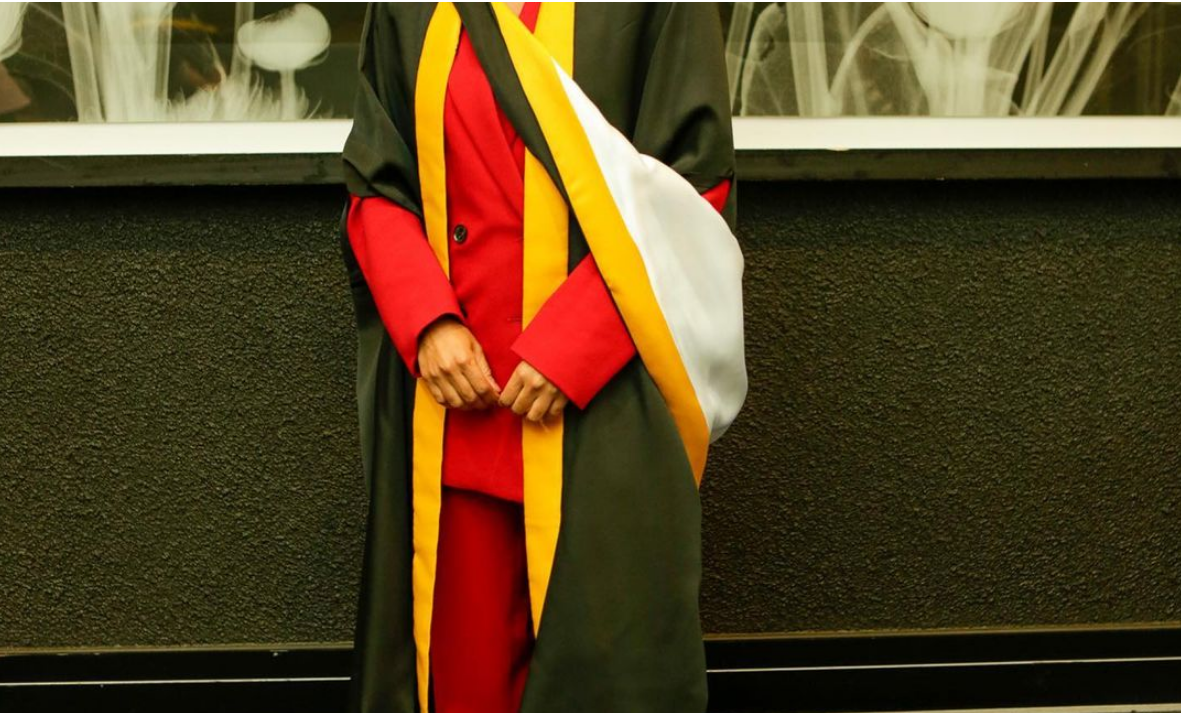 Actress and TV producer Mmabatho Monthso has bagged herself a master’s degree in screen and script writing.

The news of her graduation was shared by Mbuyiseni Ndlozi, who took to social media to congratulate her.

“Congratulations on attaining your MA in Screen & Script Writing, my dearest thespian,” he said.

Shortly after sharing the good news, people started flooding the comments section congratulating the actress, whose breakout role was as Lumka on the old Generations.

Ukhozi FM presenter Dudu Khoza commented and said: “Dear daughter, you are the pride and joy of many youth, women and mothers.”

Majoza also congratulated her and said: “It’s the education in the household for me. Congratulations to our sister.”

The actress turned TV producer has been flying the South African flag high.

Mmabatho was chosen to direct Lindiwe Suttle’s abuse story which will be depicted in a film called Desmond’s Not Here Anymore.