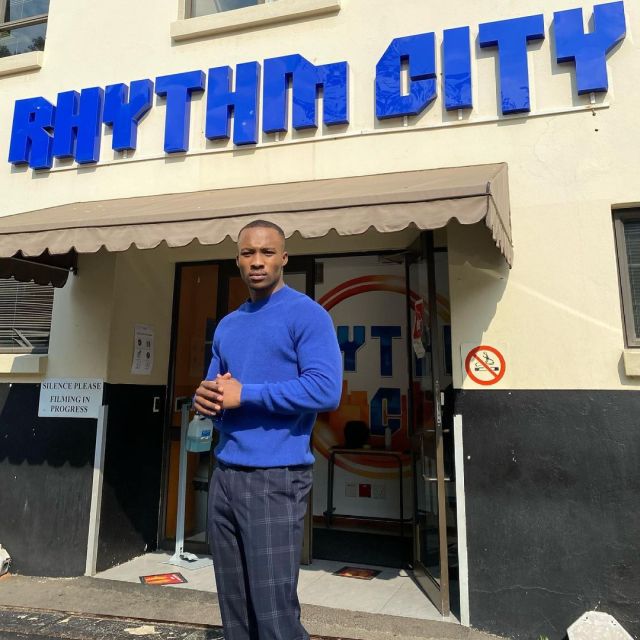 Actor Zamani Mbatha has bid a farewell to his character on e.tv’s popular soapie Rhythm City. He played Pule Ndlovu on the show. He said he shot his very last scenes yesterday.

According to the statement released then, Pule’s return was meant to “spark a nostalgic chord with many of the show’s fans as they take a trip down memory lane, settling back to 2010. That marked the year when “Pule” (then not played by Mbatha) disappeared from the screens and headed to KZN, where he ultimately received private school education.”

The show will be coming to an end this July. Last year e.tv announced that Rhythm City was canceled after 13 years on the air.

e.tv statement explained: “Rhythm City has been a compelling offering that has captivated e.tv viewers for over a decade. It has taken millions of South Africans on the journey of authentic storytelling while simultaneously launching the careers of many unknown faces and some now famously talented musicians,

“E.tv continues to look forward to fulfilling its mandate of producing exceptional and relevant local content, and the production has successfully achieved its part of the obligation throughout the past 13 years. Rhythm City has secured its place in e.tv’s history books, and a legacy mark has been made. We want to extend our gratitude to the entire production staff, crew, and cast for their incomparable craft,” said managing director Marlon Davids.

Reacting to the news of the soapies’ canning, Zamani said he was sad that the show is coming to an end.

“I am sad and heartbroken about it. However, I will not carry it with me the whole way up until the end. So, I have decided that I am going to make the most of the last months I have on the show, performing even 10 times better than now. When I started, I didn’t know that this is where I will end up. I went from not knowing what acting was, to being an actor and ekugcineni ngigcine sengisebenza nabantu engikhule ngibukela kubo [in the end I ended up working with people I grew up looking up to. And the most beautiful part about Rhythm City is that they are very welcoming, there are like a family…”

Zamani Mbatha recently scored himself a leading role on a brand new telenovela titled Isiphindiselo. He will be starring alongside the likes of Warren Masemola.