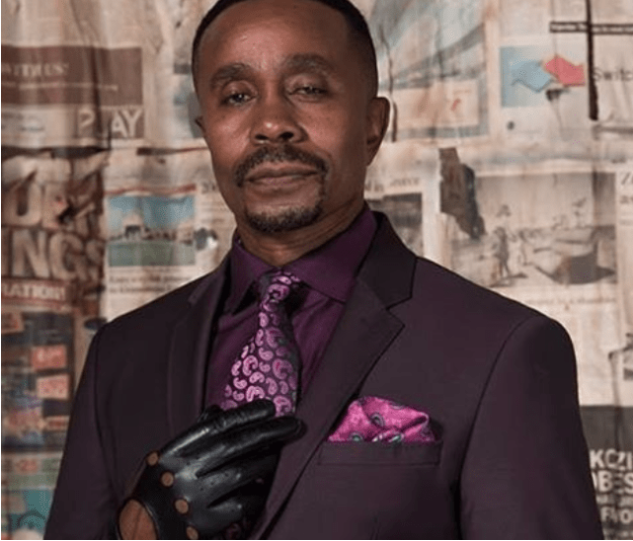 No doubt he has not only become a reckoning force in South Africa but the world at large. Kunene is best known for his stellar performances in Jacob’s Cross, and as Jack Mabaso in Generations The Legacy.

After his much-talked-about Generations exit, he made all sorts of headlines when he joined Gomora. However, on Gomora, he starred as Rodney “Uncle Rod” Sibeko. The multi-award-winning has starred in a number of international award-winning movies.

During his illustrious acting career which has spanned for decades, Kunene has won several accolades along the way. Kunene is one of the few South African actors who have begged the precious Golden Horn Award several times.

Kunene was born in Meadowlands in Soweto in 1966. At an early age, the now celebrated star actor joined Shell Road to Fame School of the Arts. He later enrolled at Wits to further his acting studies. Late last year Kunene made headlines when his shocking exit from Generations went viral. The vivacious thuggish actor dumped Generations for Gomora.

It kicked off with drama, as the storyline about a child who was lost 20 years earlier was introduced. Lead character Funani Zwide, played by Vusi Kunene, reveals he lost a child in a fire. Things then get interesting when a girl named Ona (Nefisa Mkhabela), who looks likes his lost daughter, shows up at his fashion house, looking for an internship.

Viewers have already assumed Ona is the daughter of Funani, whose wife Faith (Winnie Ntshaba) had something to do with her disappearance.

However, in the wake of this newfound fame as Funani Zwide, Vusi Kunene salary has been leaked. Probably with this successful illustrious career that spans for decades one would wonder how much Kunene racks in. No doubt that the veteran actor is one of the most paid actors in Mzansi and Africa at large.

Word of the street has it that the big-money move of Kunene from Gomora saw him being the highest earner amongst soapie actors currently. Rumour has it that Kunene’s take-home salary is between R180 000 and R200 000 per month depending on scenes.